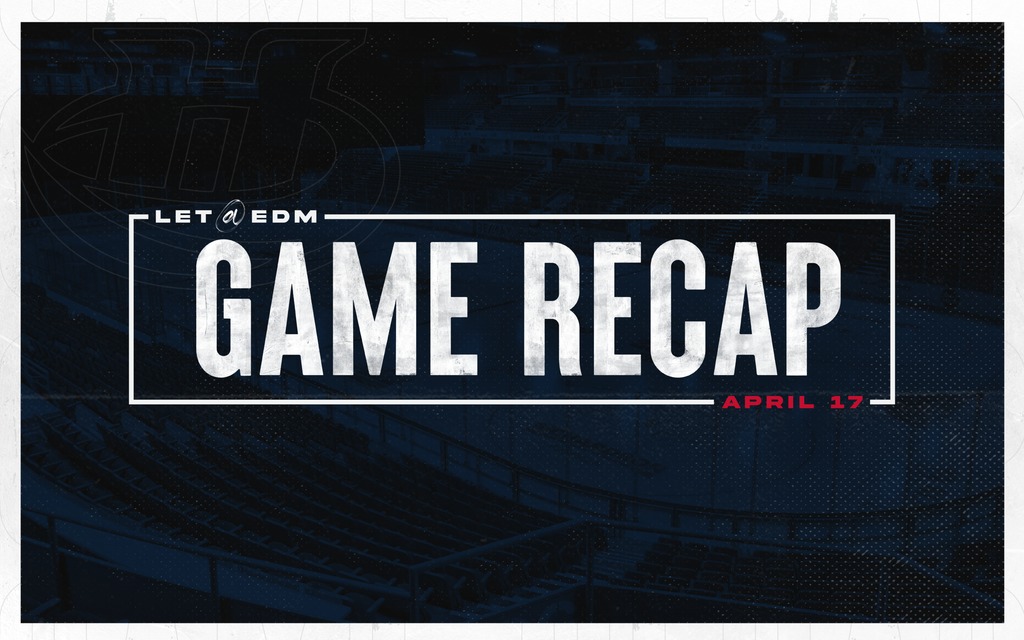 The Hurricanes, who came off a great effort on Thursday despite the 4-0 loss to the Oil Kings, had another good first period as they jumped out to an early 1-0 lead as Justin Hall buried his team-leading 12th goal of the year just 1:19 into the contest after a turnover by an Edmonton defender. Lethbridge made it 2-0 at the 7:22 mark as Noah Boyko scored on a power play for his sixth of the season; Alex Cotton and Liam Kindree earned the helpers on the goal. Just 14-seconds later, Edmonton banged home a loose puck as Jalen Luypen scored his 12th of the season to make it 2-1. Before the period was out, the ‘Canes struck on and odd-man rush as Boyko netted his second of the game to give Lethbridge a 3-1 lead after twenty minutes of play.

Early in the second period, the Oil Kings cut the Hurricanes lead to one as Kaid Oliver sniped his ninth of the season just 55-seconds into the middle frame to make it 3-2 for the ‘Canes. Edmonton tied the game on a penalty shot goal by Jake Neighbours at the 2:49 mark. Trevor Thurston was taken hard into the end-boards on an icing play by Tyler Horstmann who was assessed a five-minute major and game misconduct for slew-footing and the ‘Canes would strike on the power play as Boyko completed his first WHL hat-trick with a shot from the right circle to give the ‘Canes a 4-3 lead. Edmonton once again tied the game as Caleb Reimer scored his first WHL goal to make it 4-4. Before the period was out, the ‘Canes pulled ahead with a deflection goal by Zack Stringer as he tipped an Alex Thacker shot by Sebastian Cossa to give Lethbridge a one-goal lead after forty minutes of play.

Edmonton peppered the Hurricanes in the third period as they outshot the ‘Canes 13-6 in the final twenty. The Oil Kings once again tied the game with a power play goal at the 10:46 mark as Ethan Cap ripped home his second goal of the season to tie the game 5-5. Neither team would find a go-ahead goal in the final ten minutes as the game went to overtime.

In the extra session, the teams traded chances, including a breakaway for Alex Cotton. Both teams had four shots on goal in the five-minute three-on-three but neither team was able to end the game in overtime setting up a shootout.

In the shootout, Edmonton shooters Jalen Luypen, Carter Souch and Josh Williams were stopped by Bryan Thomson and Kindree, Cotton and Boyko were denied by Cossa, the teams went to a fourth round and after Neighbours was stopped, Logan Barlage scored the shootout winner with a deke to the back-hand to lift the ‘Canes to the 6-5 shootout win.

Final shots in the game favoured the Oil Kings 39-35.

The win for the Hurricanes was their first victory of the season against Edmonton as they improved to 1-3-0-0 against the Oil Kings this year. The win improved the ‘Canes road record to 3-3-2-0 while lifting their overall record to 7-7-2-0 on the campaign. It also ended the Oil Kings four-game winning streak.

The Hurricanes will welcome Edmonton at the ENMAX Centre on Sunday evening at 7:00pm in the final. The games can be streamed on WHL LIVE on the new CHL TV or heard on 106.7 ROCK.