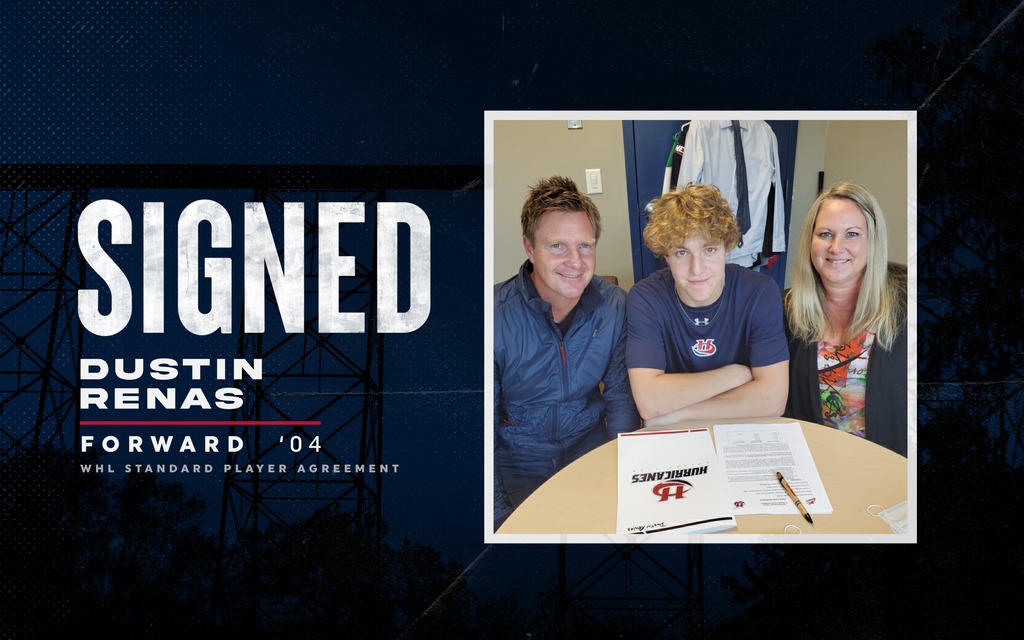 Renas, 16, was originally selected by the Hurricanes in the fifth round (104th overall) in the 2020 WHL Prospects Draft. The Saskatoon, Saskatchewan product attend his first WHL training camp last weekend where he recorded six goals and one assist in eight scrimmage games while going pointless in the intra-squad game on Sunday.

The 5’11, 170-pound forward appeared in just seven games during the 2020-2021 hockey season with the Warman Wildcats U18 AAA team in the Saskatchewan AAA Hockey League where his registered one assist along with 14 penalty minutes. In 2019-2020, he racked up 67 points (33g-34a) along with 58 penalty minutes in just 31 games with the Saskatoon Maniacs U15 AA team while adding two assists in two post-season games.

“We’re excited to get Renas signed to a player agreement and continue to add to our strong 2005 group,” said Hurricanes General Manager Peter Anholt. “He had a really good camp and we’ve liked his progression from when we drafted him and we are excited about his upside. We are going keep him for the pre-season and get him a few games.”

Single game tickets for the 2021-2022 regular season are now on sale by visiting the ENMAX Centre Ticket Centre, the Yates Memorial Theatre Ticket Centre, by calling 403-329-SEAT (7328) or online at www.lethbridgehurricanes.com. The Hurricanes open the 2021-2022 regular season on Friday, October 1st when they welcome the Calgary Hitmen in the Dairy Queen Home Opener at the ENMAX Centre.