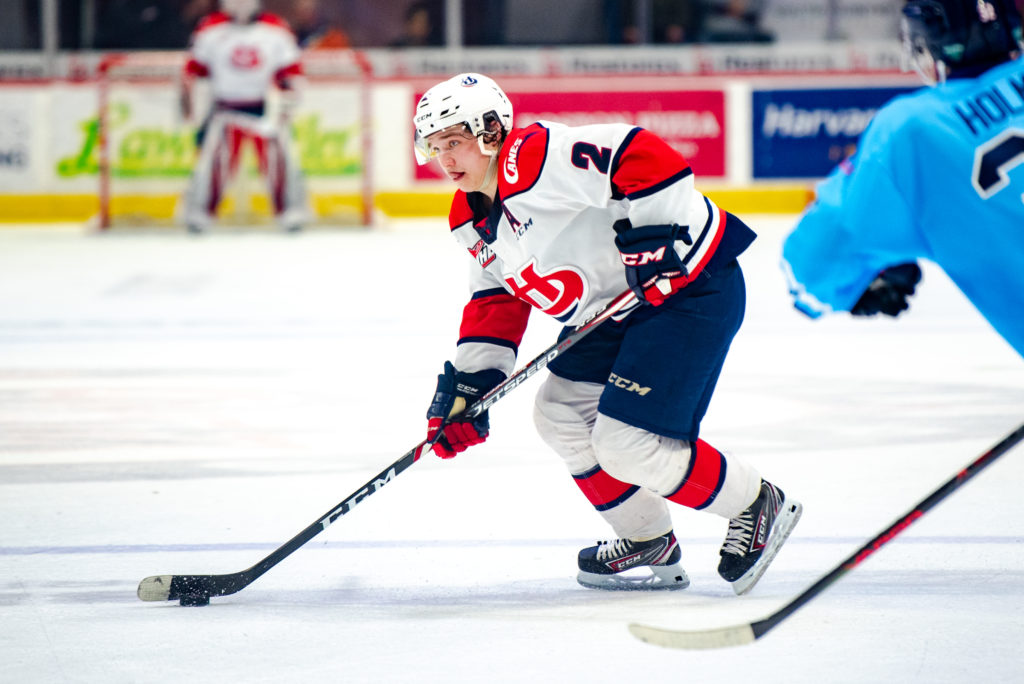 Regina, SK – The Lethbridge Hurricanes continued their goal-scoring prowess on Friday as they earned a 7-2 win against the Regina Pats at the Brandt Centre.

It was yet another strong start for the Hurricanes. The ‘Canes, who scored 1:40 into a 7-1 win on Wednesday in Moose Jaw, struck just 59 seconds into the game on Friday as Dylan Cozens ripped home his 25th goal of the year to make it 1-0; Calen Addison earned the lone assist on the tally. Oliver Okuliar made it 2-0 Lethbridge when he finished a one-timer off a Chase Wheatcroft pass at the 8:42 mark to make it 2-0; Cozens was credited with the second assist on the goal. Cozens scored again at the 14:46 mark to make it 3-0 for the ‘Canes; it was Cozens’ sixth goal in three games. Lethbridge outshot Regina 8-5 in the first period.

The Hurricanes struck early in the second period as well as Alex Cotton scored his 14th goal of the season just 45 seconds in to make it 4-0 for the ‘Canes; Okuliar and Addison earned the assists on the goal. Lethbridge made it 5-0 when Zack Stringer rifled one over the shoulder of Donovan Buskey – who replaced Pats start Danton Belluk – on an unassisted goal for his seventh of the year. Just nine seconds after the Stringer goal, Zach Wytinck tallied an unassisted goal for the Pats as the Hurricanes led 5-1 after forty minutes of play.

Lethbridge added to their lead in the third period with a power play goal by Okuliar at the 5:07 mark as he tallied his second of the game and team-leading 28th goal of the year; on the goal, Addison earned his fourth assist of the game which was his 200th WHL point. The ‘Canes added another when Cotton ripped home his second of the game and 15th goal of the campaign – again from Addison – to make it 7-1. Regina rounded out the scoring with a goal by Robbie Holmes at the with 6:42 left in the game to make it a 7-2 final.

The Hurricanes visit Westoba Place in Brandon to face the Wheat Kings on Saturday at 6:30pm MT. The ‘Canes will be back at the ENMAX Centre on Saturday, February 8th when they welcome the Prince Albert Raiders. Tickets can be purchased online at www.enmaxcentre.ca, by calling 403-329-SEAT (7328) or by visiting the ENMAX Centre Ticket Centre.