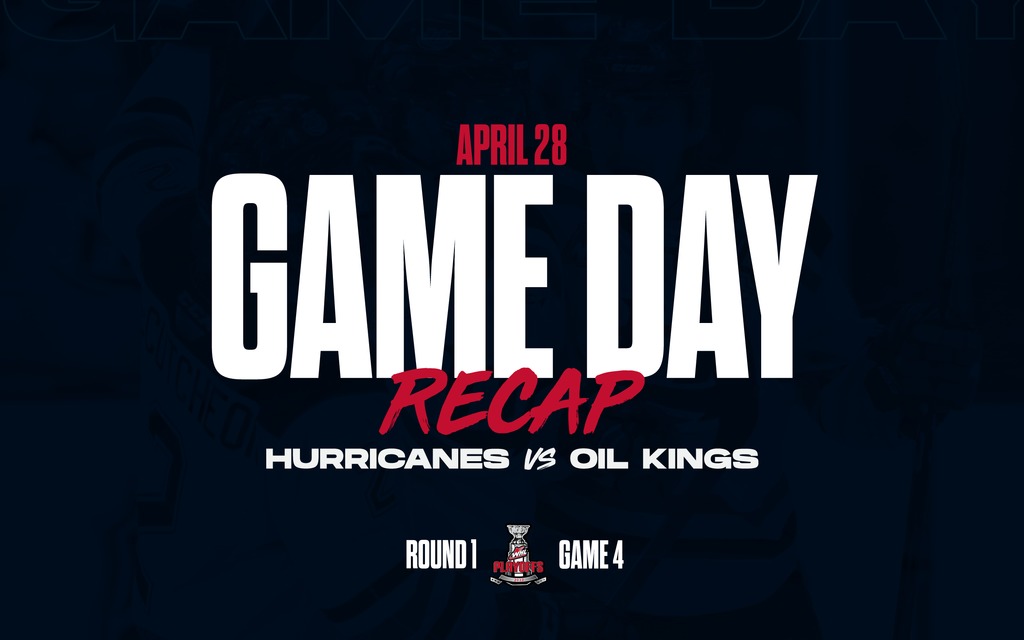 Lethbridge, AB – The Lethbridge Hurricanes had their 2021-2022 season come to a close on Thursday at the ENMAX Centre with a 6-4 loss to the Edmonton Oil Kings in Game 4 of their first-round best-of-seven series.

The Hurricanes, who were facing elimination, came out desperate to open the game and took their first lead of the series just 1:03 into the contest when Alex Thacker buried a loose puck in the crease to make it a 1-0 Lethbridge lead; Yegor Klavdiev and Joe Arntsen earned the assists on the opening goal. Edmonton pushed back as Dylan Guenther struck for the fourth time in the series at the 5:25 mark as he beat Bryan Thomson with a shot that went off the post, then off the goaltender, and into the net to make it a 1-1 tie. Before the first period was out, the Hurricanes pulled back in front when Arntsen buried his first career post-season goal rifling a snap shot over the blocker of Sebastian Cossa to give Lethbridge a 2-1 lead after twenty minutes of play; Jett Jones and Ty Nash were credited with the helpers on the goal. The Oil Kings outshot the Hurricanes 13-6 in the first period.

Edmonton pushed to open the second period as they found and equalizer just 5:16 in when Carter Souch knocked a rebound out of the air and in on the power play to make it a 2-2 game. The Oil Kings took their first lead of Game 4 when Dawson Seitz snapped home a puck from the right wing to make it 3-2. However, just 2:01 later, the Hurricanes tied the game on a seeing-eye shot from the left circle by Tyson Laventure who tied the game 3-3 after two periods. Edmonton held the edge in shots 17-7 in the second period.

In the third period, the Oil Kings outshot the ‘Canes 17-6 and once again pulled ahead as Tyler Horstmann – who made his series debut – threw a puck to the net that deflected off the defender and in to make it a 4-3 game. The Hurricanes pressed late in the period and caught the Oil Kings on a change with an odd-man rush; after a Klavdiev shot was stopped by Cossa, Justin Hall banged home the loose puck for his first goal of the series tying the game 4-4 with just 4:43 remaining in regulation. On the ensuing shift after the equalizing goal, the Hurricanes Nash was penalized for a board and on the man advantage Josh Williams cashed on a rebound to give Edmonton a 5-4 lead; jumping back in front just 40-seconds after the Hurricanes tied the game. Lethbridge pulled the goaltender for the extra attacker and with 10-seconds left in the game, Jakub Demek slid home his first of the post-season to make it a 6-4 final.

The Hurricanes were outshot 47-17 in the contest. Edmonton went 2/4 on the power play while Lethbridge didn’t have an opportunity with the extra man. 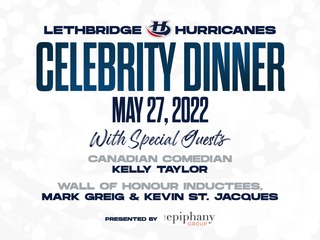 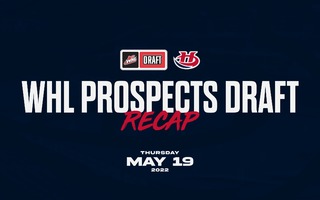 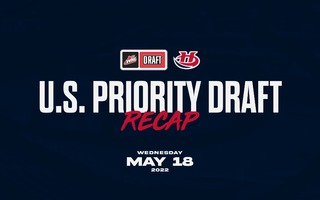 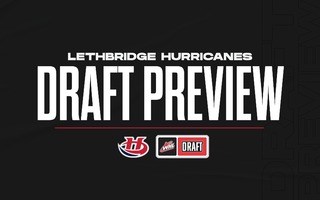 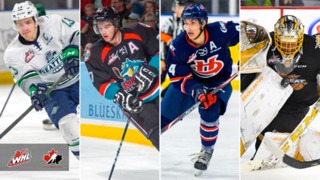 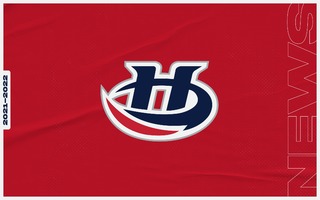