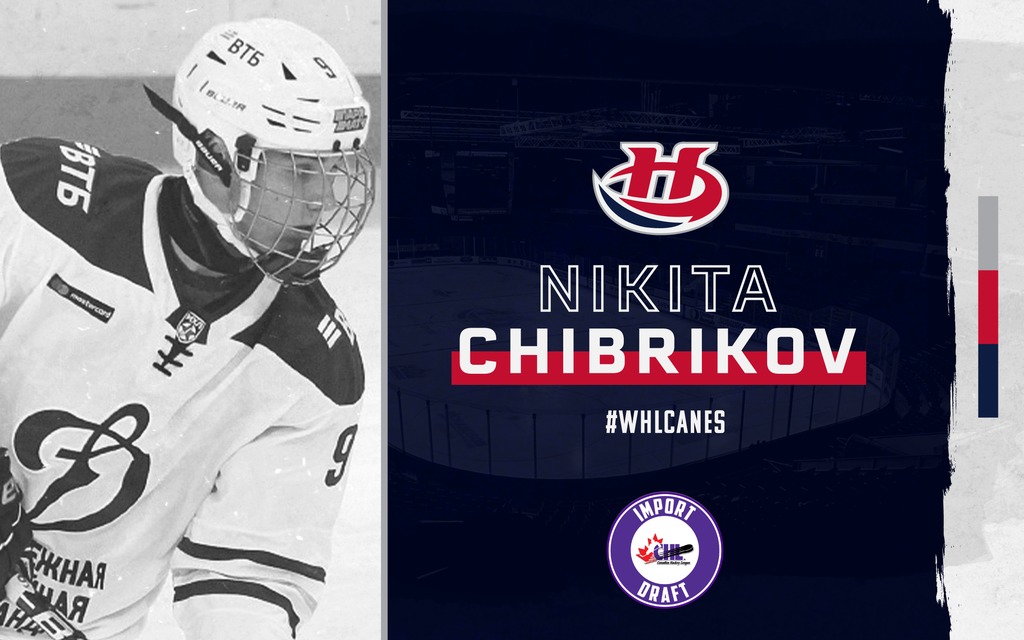 Chibrikov, 17, spent the 2019-2020 season with MHC Dynamo Moscow Junior team of the MHL where he skated in 32 games collecting 16 points (3g-13a) along with a plus-2 rating and eight penalty minutes. The Moscow, Russia product added one assist in three post-season games.

“First of all, we really like the two guys (Okuliar and Palivko) that we have, but on the scouting side of it we just decided that we were going to pick the best player and Chibrikov is one those key guys and an elite player,” said Hurricanes General Manager Peter Anholt. “We are really excited about the possibility of getting Chibrikov into our line-up at some point; he’s highly skilled, he can make a play, he can skate well, he can score, he has the full package but we’ve got a lot of work to do to see if we can land him.”

The Hurricanes have incumbent European skaters Oliver Okuliar and Danila Palivko, but were eligible to select one player in the CHL Import Draft due to Okuliar slated to be an overage player for the 2020-2021 season. The ‘Canes can bring all three – Okuliar, Palivko and Chibrikov – to their 2020 Training Camp.