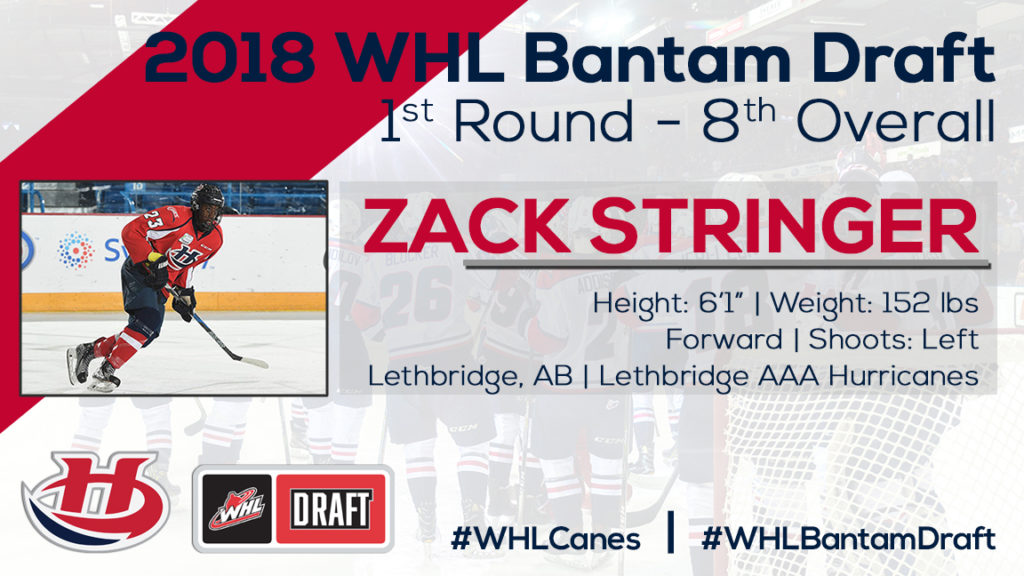 Stringer, 15, played with the Lethbridge Midget AAA Hurricanes of the Alberta Midget Hockey League in his Bantam Draft year as an underage. In 23 regular season games, Stringer registered 30 points (17g-13a) along with 30 penalty minutes. He finished fifth in team scoring and second in goals. He also finished second in game-winning goals for the Midget AAA Hurricanes.

The Lethbridge product had a terrific post-season appearing in 10 games and collecting 16 points (11g-5a) along with four penalty minutes. Stringer finished second in playoff scoring in the AMHL while leading the entire playoffs in goals. He helped the Midget AAA Hurricanes capture the AMHL Championship. He added another 10 points (7g-3a) and 10 penalty minutes at the 2018 Telus Cup in Sudbury, Ontario as the Hurricanes won a Bronze medal.

“He’s going to be a big power forward that can skate and add skill. He’s got the total package. He hasn’t even begun to get strong yet and according to his coach, Mike Dyck, he said his hockey IQ is through the roof,” added MacLachlan.