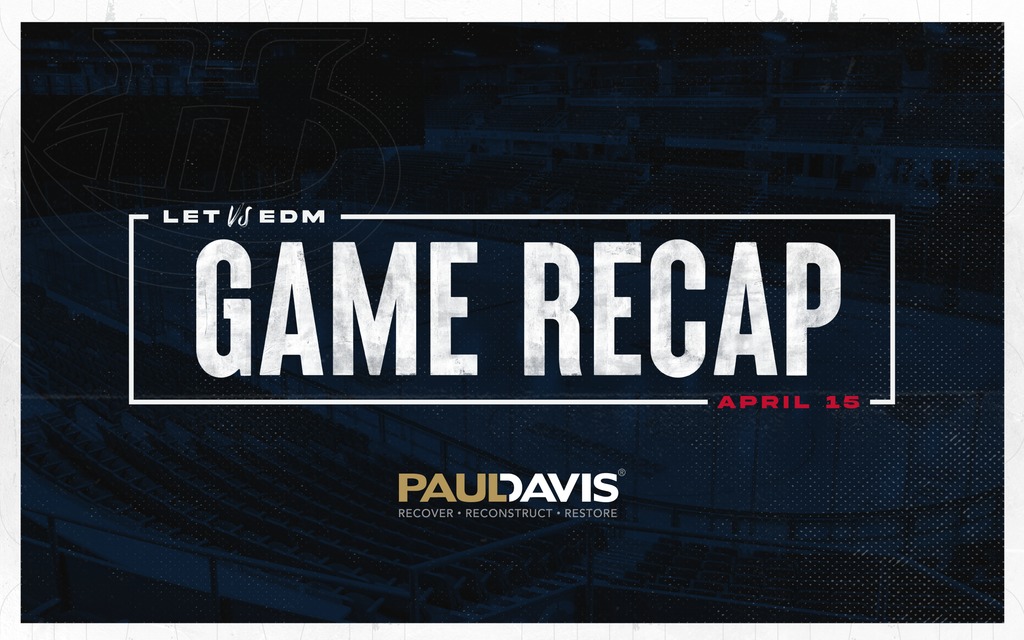 Lethbridge, AB – The Lethbridge Hurricanes welcomed the Edmonton Oil Kings on Thursday in hopes of extending their winning streak to four-straight games but fell 4-0 at the ENMAX Centre.

It was a great start for the Hurricanes who jumped out to an early 8-1 shot advantage. Lethbridge hit four goal posts in the opening frame, including a great chance by Logan Barlage. The Hurricanes pressed with a five-on-three power play opportunity but couldn’t beat Oil Kings netminder Sebastian Cossa. Edmonton struck first with a power play goal of their own as Carson Latimer redirected home his fourth of the season to give the Oil Kings a 1-0 lead after twenty minutes of play. Lethbridge outshot Edmonton 11-5 in the opening period.

The two teams traded chances in the second period as the Oil Kings outshot the Hurricanes 10-9 in the middle frame. Despite the chances, neither team was able to find the net as the game stayed 1-0 for Edmonton after forty minutes of play.

In the third period, the Oil Kings added to their lead as Jayden Henderson scored his first WHL goal at the 7:44 mark to make it 2-0; Carter Souch and Jalen Luypen earned the assists on the tally. Edmonton added two more powerplay goals last as Luypen buried his 11th of the season with 5:22 left before Matthew Robertson found the net in the final second to seal a 4-0 victory for Edmonton.

Shots favoured the Hurricanes 30-27 in the contest. Lethbridge was 0/4 with the extra man while Edmonton was 3/7 with the power play.

The Hurricanes will visit the Oil Kings on Saturday at the Downtown Community Arena at 7:00pm before welcoming Edmonton back at the ENMAX Centre on Sunday evening at 7:00pm. The games can be streamed on WHL LIVE on the new CHL TV or heard on 106.7 ROCK.