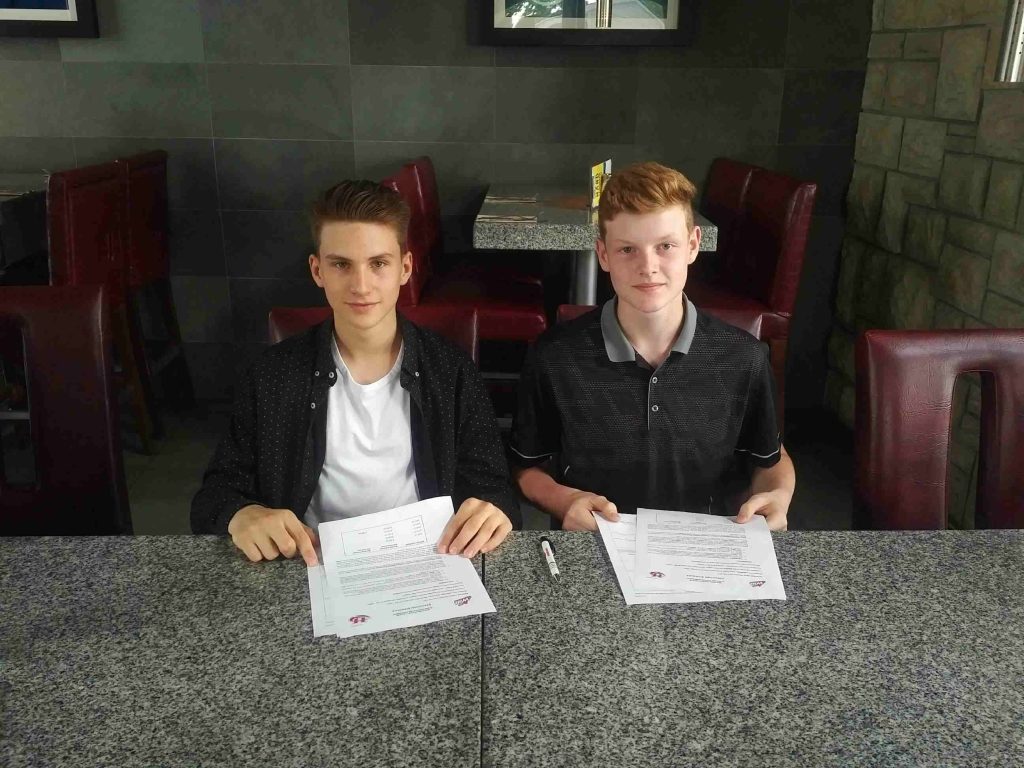 Prior to joining the Hounds for the 2016-2017 season, Thomson played Bantam AA with his hometown Moose Jaw Warriors in 2015-2016. In 28 games that season the puck-stopper posted a 8-12-4-0 record with a 4.03 GAA while playing on a team with Hurricanes prospect Nolan Jones.

Regier, 15, was selected one spot after Thomson in the second round (38th overall) in the 2017 WHL Bantam Draft. The defenseman also spent the 2016-2017 season with the Notre Dame Hounds Bantam AAA team in the CSSHL. Regier appeared in 30 regular season games collecting five points (2g-3a) along with 10 penalty minutes. In four post-season games, the 6’1”, 150-pound rear-guard was pointless with two penalty minutes.

The product of Weyburn, Saskatchewan spent the 2015-2016 season with his hometown Weyburn Wings Bantam AA team. In 29 games that year, Regier picked up six points (1g-5a) along with four penalty minutes while adding one assists in three post-season games.