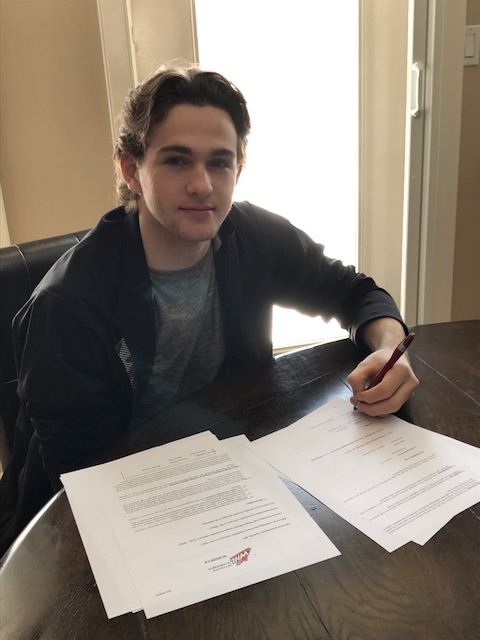 “We think he’s a skilled player that plays hard. He’s not a big player but has very good hockey sense, we think he’s going to be a real good add for us for next season,” said General Manager Peter Anholt. “It’s nice to add some depth. He can play centre but he can also play right-wing.”

Stafford appeared in 60 games with the Sherwood Park Crusaders of the Alberta Junior Hockey League this past season where he recorded 24 points (6g-18a) along with 24 penalty minutes as a 16-year-old. He was teammates with Hurricanes defenseman Koletrane Wilson this season and is the younger cousin of Boston Bruins’ forward Drew Stafford.

The ‘Canes continued their march in the post-season on Friday when they visit the Regina Pats in Game 1 of the Eastern Conference Championship followed by Game 2 on Saturday. The series will shift to Lethbridge for Game 3 and 4 next Tuesday and Wednesday.

Tickets for the Eastern Conference Championship are available online, by calling 403-329-SEAT (7328) or by visiting the ENMAX Centre or Yates Ticket Centre’s.