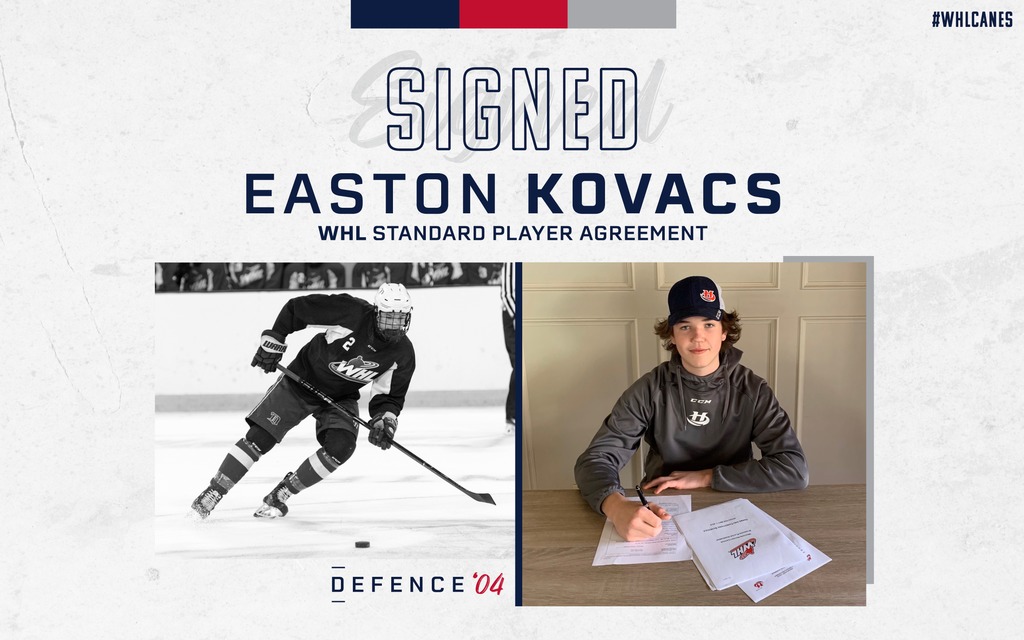 Kovacs, 15, was undrafted in the WHL Bantam Draft. The product of Delta, British Columbia attended Hurricanes Rookie Camp in 2019 after being listed by the club. In 2019-2020, Kovacs appeared in 34 games with the Delta Hockey Academy Elite 15’s in the CSSHL where he accumulated 16 points (4g-12a) along with 39 penalty minutes. He finished third in team scoring among defenseman.