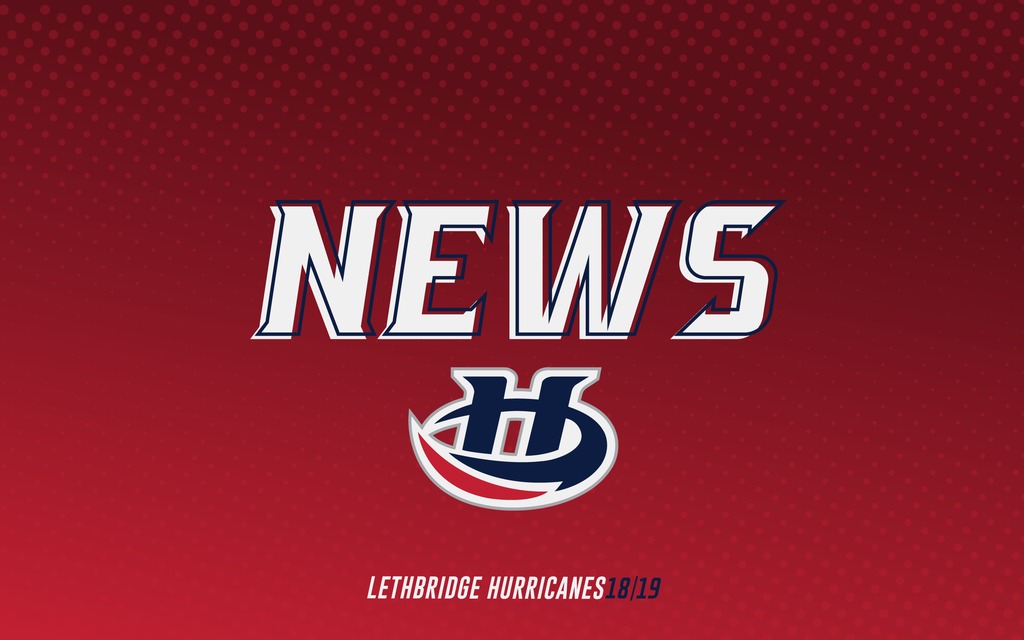 Wheatcroft, 16, was undrafted in the WHL Bantam Draft and listed by the Hurricanes. The 2002-born forward attended Hurricanes training camp in August. This season, he has recorded 20 points (12g-8a) in 21 games with the Alberta Midget Hockey League’s Calgary Royals as he sits second in team scoring and is tied for 30th in the AMHL. He has also skated in three games with the Calgary Canucks of the Alberta Junior Hockey League (Junior-A) this season scoring one goal and one assist along with two penalty minutes.

The product of Calgary, Wheatcroft recorded 54 points (28g-26a) along with 71 penalty minutes in 33 games last year with the CRAA Gold Minor Midget AAA of the AMMHL. He is the son of former Lethbridge Hurricanes forward Jim Wheatcroft. Jim spent two seasons with the ‘Canes in 1987-88 and 1988-89 collecting 76 points (30g-46a) in 140 career games.

Thiessen, 17, was also undrafted in the WHL Bantam Draft. The 6’1, 180-pound defenseman has recorded 23 points (8g-15a) along with 43 penalty minutes in 19 regular season games so far this season with the Brandon Wheat Kings Midget AAA of the Manitoba Midget Hockey League. He sits fourth in team scoring and leads all defenseman in team scoring.

The Hurricanes return to the ENMAX Centre on Wednesday, December 12th when they welcome the Kelowna Rockets before hosting the Kamloops Blazers on Saturday, December 15th.