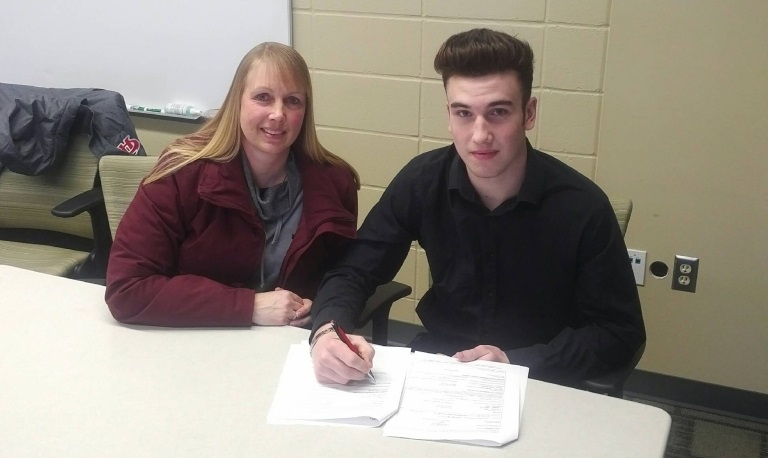 Tetachuk, who was undrafted in the 2016 WHL Bantam Draft, is a product of Lethbridge, Alberta. The 2001-born netminder has registered an impressive 14-1-1 record this season for the Lethbridge Hurricanes Midget AAA while posting a 1.47 goals against average (GAA) and a .931 save percentage (SV%) along with six shutouts. He currently leads the Alberta Midget Hockey League in wins, goals against average, save percentage and shutouts.

The 5’11”, 161-pound puck-stopper, who is teammates with Hurricanes prospects Michael Horon and Carson Dyck, posted a 1-0-1 record at the 2017 Macs Tournament in Calgary while posting a 1.50 GAA and a .930 SV%. Tetachuk earned his lone victory in the tournament against the Greater Vancouver Canadians.

In 2015-2016, he represented Team South at the Alberta Cup. He also went to lead the Golden Hawks to the AMBHL Championship. Tetachuk also helped the Minor Midget Hurricanes to the 2016-2017 AMMHL Championship posting a 2.44 GAA and a .869 SV% in the post-season.

The Hurricanes return to action Friday when they begin a three-game road trip in Moose Jaw against the Warriors. The ‘Canes will return to the ENMAX Centre on Tuesday, February 13th when they host the Tri-City Americans in their lone meeting this season. Tickets for the game can be purchased online, by calling 403-329-SEAT (7328) or by visiting the ENMAX Centre Ticket Centre.