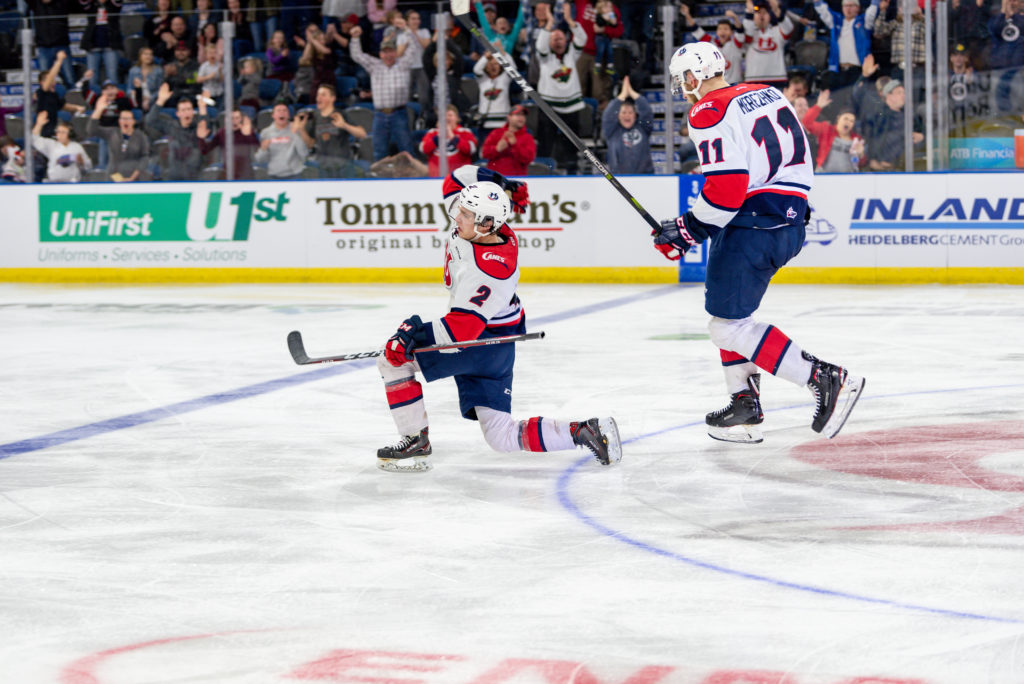 Lethbridge, AB – The Lethbridge Hurricanes opened the 2019 WHL Playoffs on Friday with a 3-2 overtime victory over the Calgary Hitmen in Game 1 of their best-of-seven first round series.

The Hurricanes had a strong start to the game as they pressured Calgary early in the game. The ‘Canes best chance came on a redirect by Taylor Ross who tipped a Dylan Cozens pass to the goal by it hit the post behind Hitmen goaltender Jack McNaughton. Calgary opened the scoring at the 14:36 mark as Calgary captain Mark Kastelic tipped home his first of the playoffs to make it 1-0 Hitmen. The Hitmen outshot the Hurricanes 11-7 in the first period.

Early in the second period, the Hurricanes tied the game as Nick Henry flew in on the right-wing and ripped home his first of the post-season to make it a 1-1 tie just 1:35 into the middle frame; Jordy Bellerive and Alex Cotton picked up the assists on the goal. Calgary pulled back ahead as Devan Klassen snapped home his first of the playoffs to put the Hitmen back ahead 2-1. The Hurricanes once again tied the game as Cozens ripped home his first at the 11:24 mark to make it 2-2 after two periods; Jake Elmer and Ty Prefontaine picked up the assists on the goal. Calgary outshot Lethbridge 16-13 in the middle frame.

The Hurricanes outshot the Hitmen 9-3 in the third period and had their fair of chances to end the game by McNaughton stood tall. The game would go to overtime and just 5:43 into the first overtime period Calen Addison lifted the Hurricanes to the win with his second career playoff overtime winning goal.

The shots in the game were tied 33-33. Lethbridge went 0/4 on the power play while the Hitmen were 0/1 with the extra man.

The win for the Hurricanes was their ninth straight regular season and playoff combined. The ‘Canes improve to 20-17 all-time in Game 1’s in the WHL Playoffs.

The ‘Canes will host the Hitmen in Game 2 of the WHL Playoffs presented by Charlton and Hill at the ENMAX Centre on Saturday at 7:00pm. Individual game tickets can be purchased online at www.enmaxcentre.ca, by calling 403-329-SEAT (7328) or by visiting the ENMAX Centre Ticket Centre. 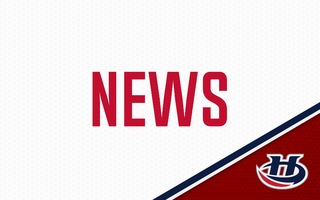