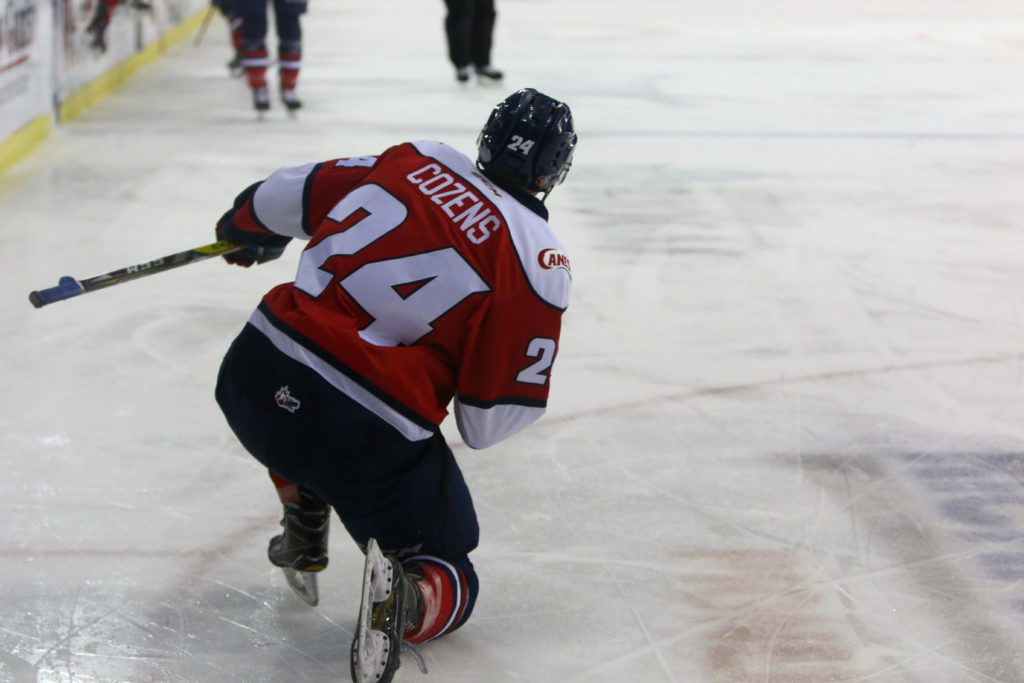 Regina, SK – The Lethbridge Hurricanes kicked off a quick two game East Division road trip with an 8-4 victory in Regina against the Pats on Friday night.

The Hurricanes jumped out to an early 1-0 lead just 4:49 into the game as Jordy Bellerive sprung Dylan Cozens on a breakaway and he made no mistake beating the Pats’ Max Paddock over the glove to make it 1-0. The ‘Canes made it 2-0 on a power play goal by Jordy Bellerive at the 9:56 mark; Calen Addison and Jackson Shepard earned the helpers. Just 25 seconds later, the ‘Canes made it 3-0 as Logan Barlage buried his first of the season from Keltie Jeri-Leon and Shepard. Regina pulled to within one with a power play goal of their own at the 12:26 mark as Robbie Holmes banged home an Aaron Hyman rebound to make it 3-1 after twenty minutes of play. The ‘Canes outshot the Pats 14-11 in the first period.

In the second period, the Hurricanes jumped out to a big lead. The ‘Canes on a power play struck 2:30 into the middle frame as Taylor Ross tapped home his second goal of the season to make it 4-1 Hurricanes; Cozens and Addison earned the helpers. Lethbridge made it 5-1 as Cozens scored his second of the night at the 7:02 mark before Noah Boyko netted his first in the Western Hockey League to make it 6-1. The ‘Canes made it 7-1 when Jake Elmer scored his second of the season on a shorthanded breakaway. Regina scored a pair of late period goals as Sergei Alkhimov scored shorthanded before Jake Leschyshyn potted a power play goal to make it 7-3 after forty minutes.

The teams traded goals in the third period as Cozens completed his second regular season WHL hat-trick with another power play goal at the 14:14 mark before Logan Nijhoff buried a power play goal with 30 seconds left to round out the scoring in an 8-4 win for the Hurricanes.

The win for the Hurricanes was their second straight, both coming on the road, as their record improves to 2-1-0-0 on the year. The Hurricanes will travel to face the Brandon Wheat Kings on Saturday at Westoba Place at 6:30pm Alberta time. You can hear that game on 106.7 ROCK or watch it online at www.whllive.com.