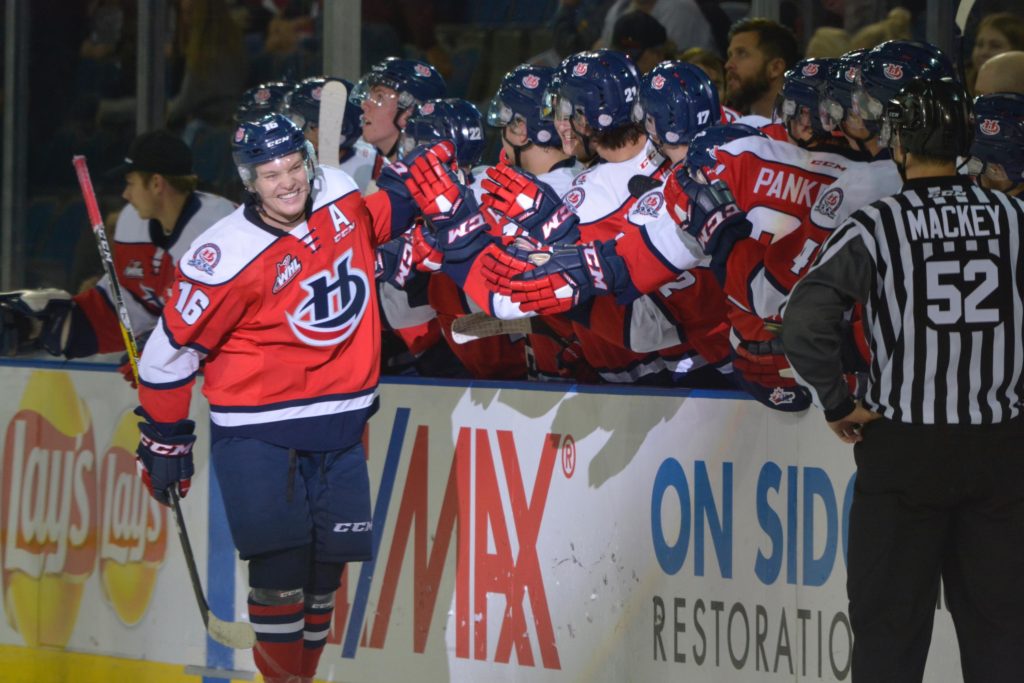 Lethbridge, AB – The Lethbridge Hurricanes Hockey Club announced Monday that they have traded overage forward Ryley Lindgren and a sixth round draft pick in the 2018 Western Hockey League Bantam Draft to the Swift Current Broncos in exchange for prospect Carson Dyck and a third round pick in 2018.

Dyck, 15, was selected by the Broncos in the second round (24th overall) in the 2016 Bantam Draft. The Lethbridge product is the son of former Hurricanes head coach, Mike Dyck. The talented forward has recorded 41 points (10g-31a) along with 28 penalty minutes in the Alberta Minor Midget Hockey League with the Lethbridge AAA Hurricanes; he currently sits third in AMMHL scoring.

Lindgren, 20, was originally acquired by the Hurricanes from the Brandon Wheat Kings in September of 2014. The overage forward has appeared in 42 games this season registering 42 points (14g-28a) along with 23 penalty minutes. He set career highs in goals (27), assists (23) and points (50) during the 2015-2016 season. Lindgren appeared in 154 career games with the Hurricanes registering 117 points (47g-70a) along with 80 penalty minutes.

The Hurricanes would like to thank Ryley for all of his contributions and wish him the best in his future endeavours.

The Hurricanes will return to the ENMAX Centre on Friday when they welcome the Prince George Cougars on ‘Cougar Night’. Tickets are available by online, by calling 403-329-SEAT (7328) or by visiting the ENMAX Centre or Yates Ticket Centre’s.