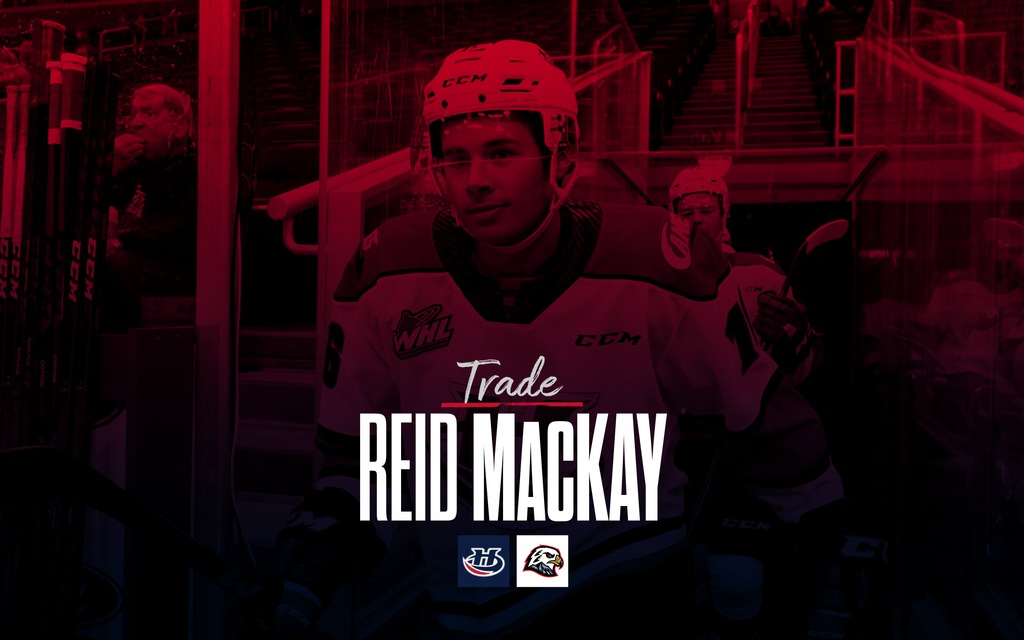 MacKay, 18, was originally selected by the Hurricanes in the third-round (65th overall) in the 2019 WHL Draft. The Irma, AB product appeared in 22 games over parts of two seasons with the ‘Canes totaling two assists and four penalty minutes. He skated in 17 games with the Hurricanes during 2021-2022 collecting one helper before being re-assigned to the Lloydminster Bobcats of the Alberta Junior Hockey League where he added one goal in 13 games.

The Hurricanes wish Reid all the best moving forward in his hockey career.