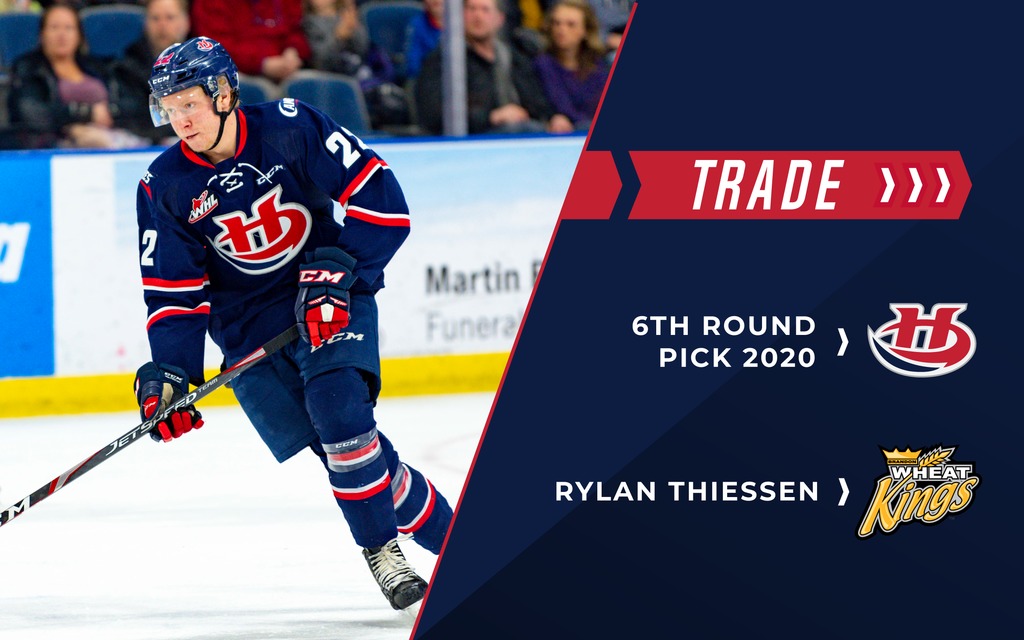 Lethbridge, AB – The Lethbridge Hurricanes Hockey Club announced Wednesday that the team has acquired a sixth round draft pick in the 2020 Western Hockey League Bantam Draft from the Brandon Wheat Kings in exchange for 2001-born defenseman Rylan Thiessen.

Thiessen, 18, was undrafted in the WHL Bantam Draft before being listed and signed by the Hurricanes. The Brandon, Manitoba product skated in 22 games this season for the Hurricanes collecting three assists along with a plus-4 rating and two penalty minutes. Thiessen played in a total of 25 career games with the ‘Canes.

The move trims the Hurricanes roster to 22 players including 13 forwards, seven defenseman and two goaltenders.

The Hurricanes are in action tonight when they welcome the Everett Silvertips at the ENMAX Centre at 7:00pm. Tickets for the game can be purchased by calling 403-329-SEAT (7328), online at www.enmaxcentre.ca, or in person by visiting the ENMAX Centre or Yates Memorial Theatre Ticket Centre’s.