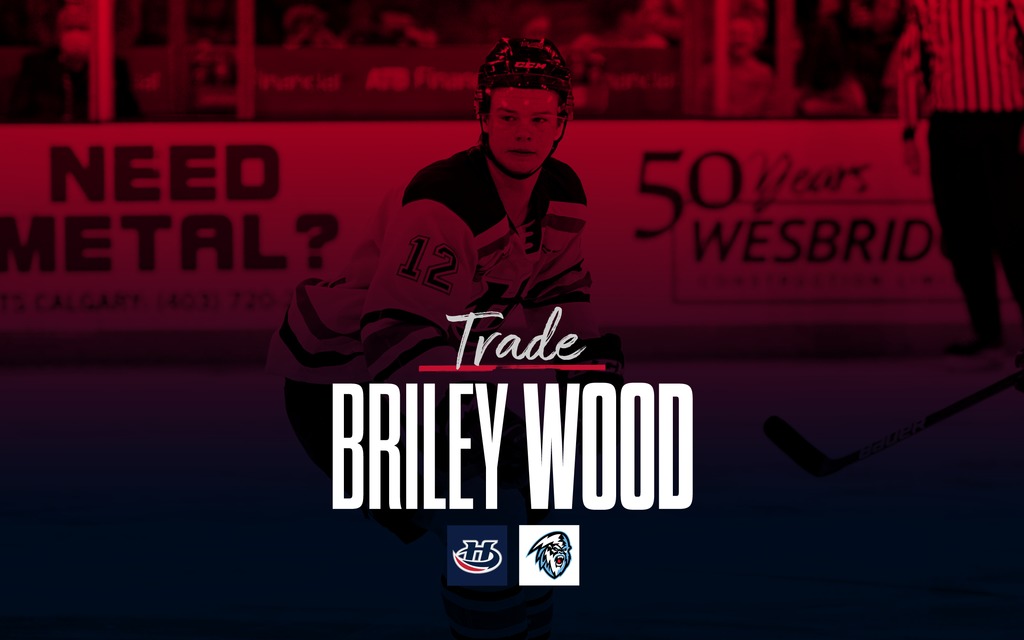 Wood, 19, was originally undrafted in the WHL Prospects Draft, but signed by the Hurricanes in 2019. The Rivers, MB product appeared in 58 regular season games with the ‘Canes in 2021-2022 totaling five points (2g-3a) along with 22 penalty minutes. Over parts of three seasons, Wood skated in 78 career regular season contests and an addition two post-season games.

The Hurricanes would like to wish Briley the best of luck in his hockey career.

Lethbridge will open their four-game 2022 ENMAX Pre-Season schedule on Friday, September 9th when they welcome the Medicine Hat Tigers to the ENMAX Centre before hosting the Red Deer Rebels on Friday, September 16th. Tickets for the ENMAX Pre-Season are now on sale and can be purchased for $10, cash only, at the Lethbridge Hurricanes office, Lethbridge Minor Hockey Office located on the second floor of the ATB Centre or at all Lethbridge Gas King locations.