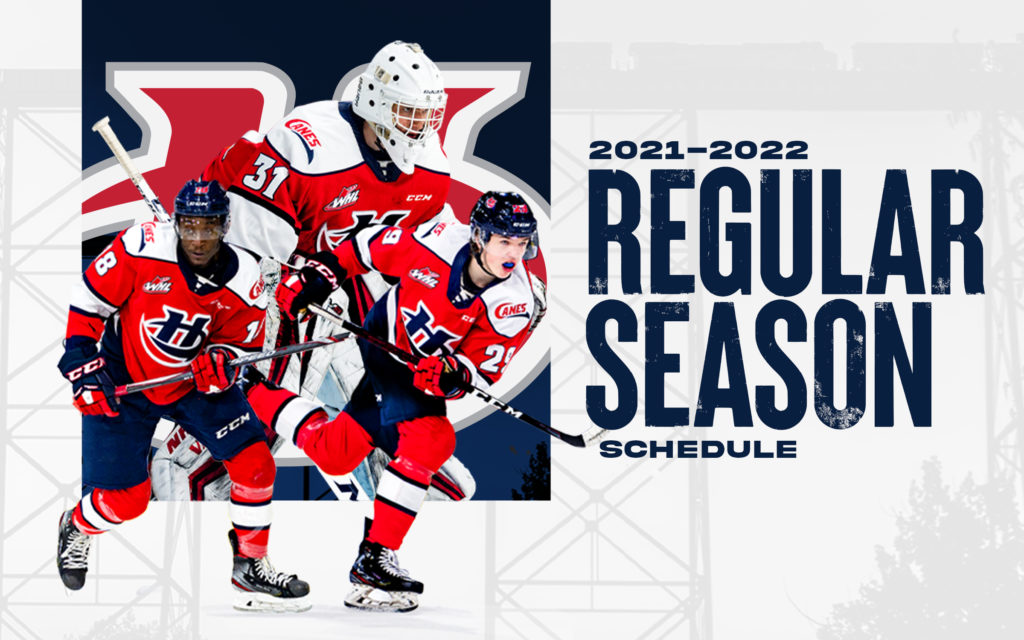 The schedule will see the Hurricanes play all 68-games within the Eastern Conference against Central and East Division opponents. The ‘Canes will play a total of 40-games against Central Division opponents and 28 against the East. The ‘Canes will play eight games (four at home, four on road) against the Calgary Hitmen, Edmonton Oil Kings, Medicine Hat Tigers, Red Deer Rebels and Swift Current Broncos.

The ‘Canes will then play six games (three at home, three on road) against the Moose Jaw Warriors and Regina Pats, while playing the Brandon Wheat Kings, Prince Albert Raiders, Saskatoon Blades and Winnipeg ICE each four times (two at home, two on road).

During the 2021-20202 season, the Hurricanes longest home-stand will consist of four games from November 19th until December 3rd while the longest road trip will see the ‘Canes play seven games, all in the East Division, from March 2nd until 12th. The regular season schedule will conclude with a home-and-home set against the Tigers on April 1st and 2nd.