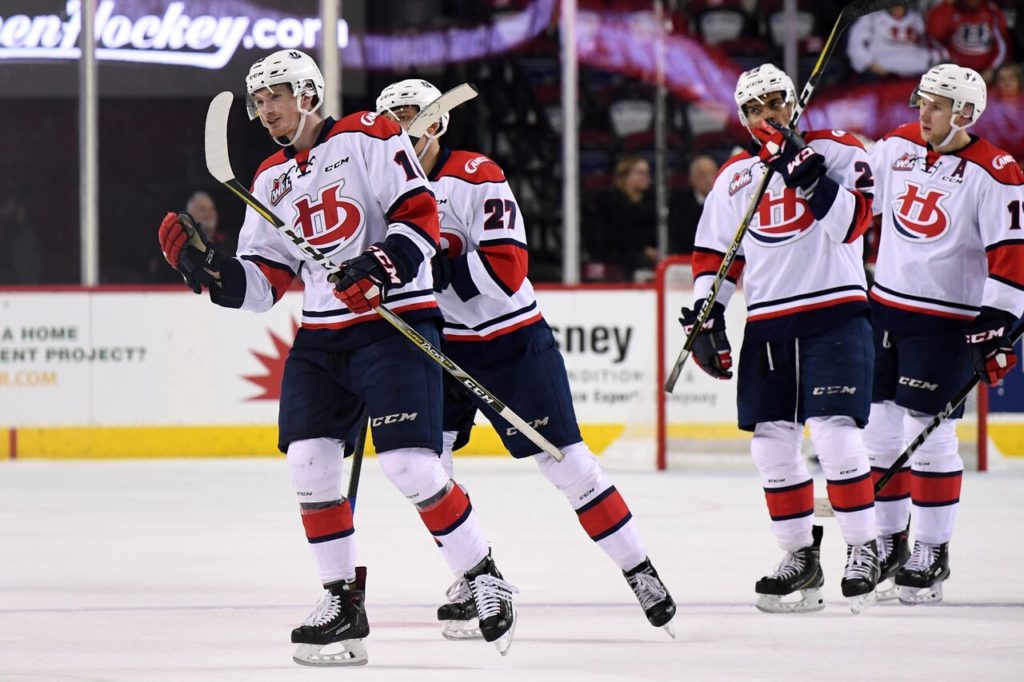 Calgary, AB – The Lethbridge Hurricanes opened a stretch of three straight games on the road on Friday at Scotiabank Saddledome as they earned a 7-6 win over the Calgary Hitmen.

The Hitmen opened the scoring on a controversial goal as Kaden Elder wrapped home his fifth goal of the season to make it 1-0 just 7:30 into the game. On the play prior to the puck going into the net, Hurricanes netminder Reece Klassen had his mask knocked off, but the goal stood as Calgary held the lead. Lethbridge answered to tie the game at 1-1 Jadon Joseph tipped home his sixth of the season to extend his point scoring streak to eight straight games; Keltie Jeri-Leon and Jackson Shepard picked up the assists on the goal. The ‘Canes pulled ahead on a breakaway goal by Logan Barlage with 3:30 left in the period but the Hitmen tied the game on the first WHL goal for Ryder Korczak as the game was tied 2-2 after twenty minutes of play. Shots favoured the Hitmen 10-8 after one period.

The two teams combined for five goals in the second period as the ‘Canes struck three times in the first ten minutes before the Hitmen scored twice in the second ten minutes. The Hurricanes pulled ahead with a power play goal by Calen Addison 2:36 into the period to make it 3-2; Jordy Bellerive earned the lone assist on the goal. Bellerive then potted his eighth of the season just 2:12 later to make it 4-2. The ‘Canes added another power play goal by Keltie Jeri-Leon who ripped home his fourth of the year to make it 5-2. That was the end of the night of Hitmen netminder Carl Stankowski as Jack McNaughton came into the game and stopped all eight shots in the second he saw. Calgary pulled to within a pair as Korczak redirected home his second of the night to make it 5-3 before a shorthanded goal for Mark Kastelic made it a one goal game after two periods as Lethbridge lead 5-4. Hurricanes outshot the Hitmen 14-8 in the middle frame.

The shots in the third period favoured the Hitmen 14-8 as Calgary outshot the ‘Canes 32-30 in the game. Lethbridge went 2/5 on the power play while Calgary was 0/5 with the extra man.

The win for the Hurricanes snaps a five game losing streak against the Hitmen and extends their overall winning streak to three straight games and point streak to now six consecutive outings as the ‘Canes are 4-0-1-1 in that span.

The Hurricanes visit the Edmonton Oil Kings at Rogers Place on Sunday afternoon at 4:00pm. The ‘Canes will be back at the ENMAX Centre on Friday, November 9th when they welcome the Hitmen at 7:00pm. Tickets are available online, by calling 403-329-SEAT (7328) or by visiting the ENMAX Centre and Yates Ticket Centre’s.