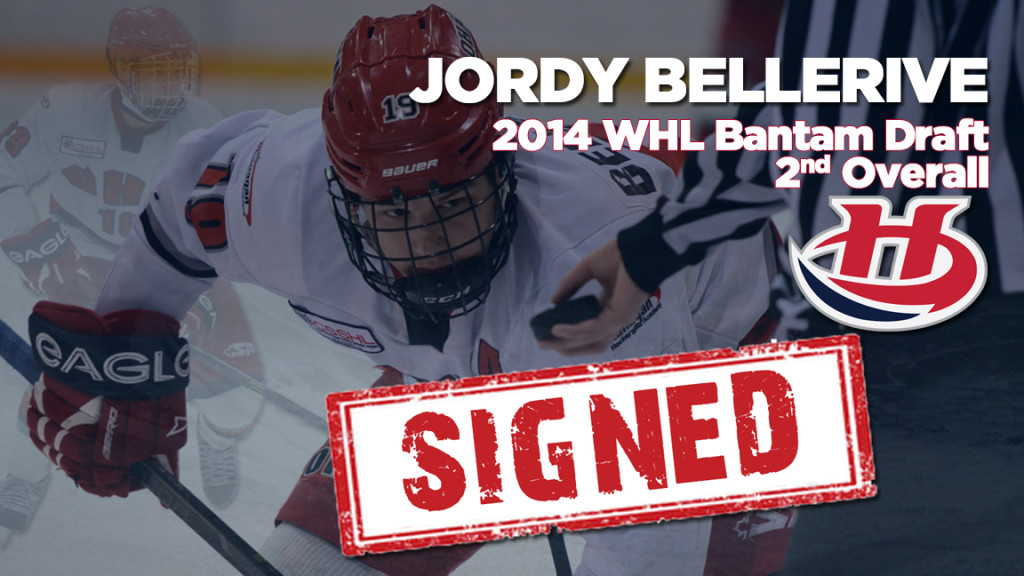 Bellerive, who hails from North Vancouver, BC, was selected by the Hurricanes second overall in the 2014 WHL Bantam Draft. The 16-year-old spent the 2014-2015 campaign with the Okanagan Hockey Academy where he collected 49 points (34g-15a) in 27 games while adding 36 penalty minutes.

Hurricanes General Manager, Peter Anholt, says he felt it was a matter of time before Bellerive signed, “I always felt that Jordy wanted to play Major Junior, it was just a matter of us proving that our organization has stabilized over the last little while and let him know and believe that this is going to be a place where he can develop as a player and as a person and help us move forward as an organization.”

The 5’9”, 181-pound centre was the Captain of Team British Columbia at the 2015 Canada Winter Games in Prince George where he collected seven points (4g-3a) in six games. He also made appearances this past season with the Penticton Vees of the British Columbia Hockey League where he scored one goal and one assist in three regular season games before playing seven playoff games, including one game in the Western Canada Cup and one game in the Royal Bank Cup.

“He’s a difference maker over time. I think we have to be careful as an organization to put too much focus on one person,” added Anholt. “He’s going to have some trials and tribulations like every sixteen-year-old through the first half, but being an elite player he’s going to continue to grow and get better and I look to the second half to be real strong for him.”