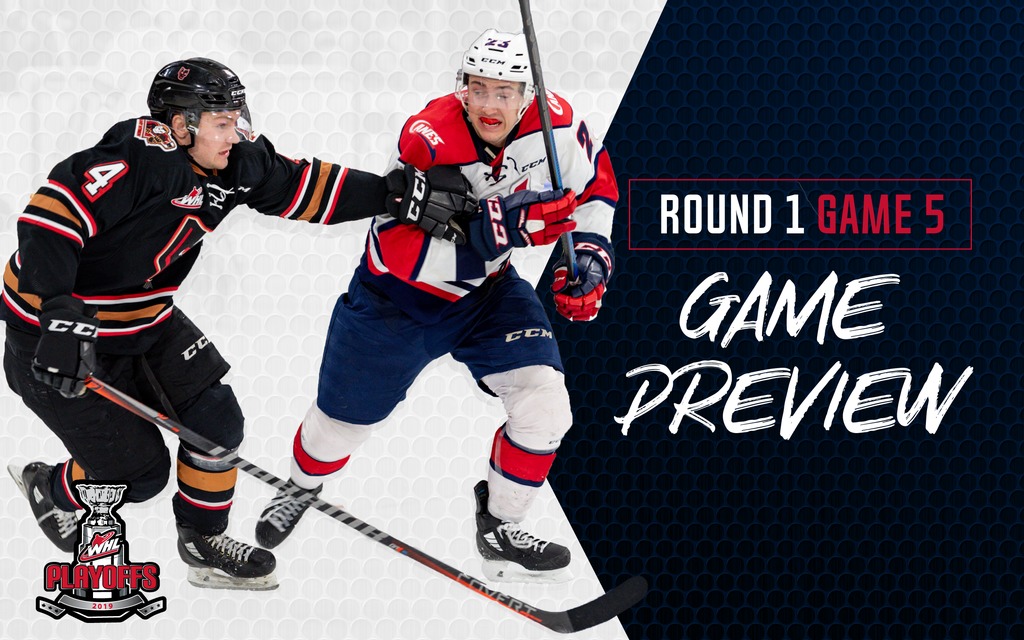 Lethbridge, AB – The Lethbridge Hurricanes welcome the Calgary Hitmen in Game 5 of their first-round playoff series presented by Charlton and Hill.

The Hurricanes and Hitmen are tied at two games apiece after Calgary won both games on home-ice at Scotiabank Saddledome on Tuesday and Thursday. Jake Elmer and Logan Barlage both scored their first goals of the series in the losing cause Thursday in Game 4.

The Hitmen were led by Riley Stotts who had three points and goaltender Jack McNaughton who made 37 saves in the victory on Thursday night. Ryder Korczak also had three assists in the victory as Calgary held serve on home-ice as all four games have been won by the home team so far.

Tonight’s game will take place at Nicholas Sheran Arena in West Lethbridge. Fans who have tickets for the game are encouraged to arrive early as the game will be rush seating with doors opening at 6:00pm.

For those that cannot attend the game, there will be a family-friendly viewing party at Bully’s located at the Lethbridge Exhibition Grounds. Browns Socialhouse will also carry the game live on their TV’s while the game will be broadcast on 106.7 ROCK.

PLAYOFF SERIES: Tonight will be Game 5 of the best-of-seven first round series between the Hurricanes and the Hitmen. The series is tied 2-2.. It’s the first time the two teams will face-off in the WHL Playoffs since 2009 while it will be the fifth time overall the ‘Canes will face the Hitmen in the post-season.

Game 5’s: Lethbridge has posted an all-time record of 11-11 in Game 4’s in their WHL post-season history. The ‘Canes won two of the three Game 4’s in the WHL Playoffs last year with wins over the Red Deer Rebels and Brandon Wheat Kings.