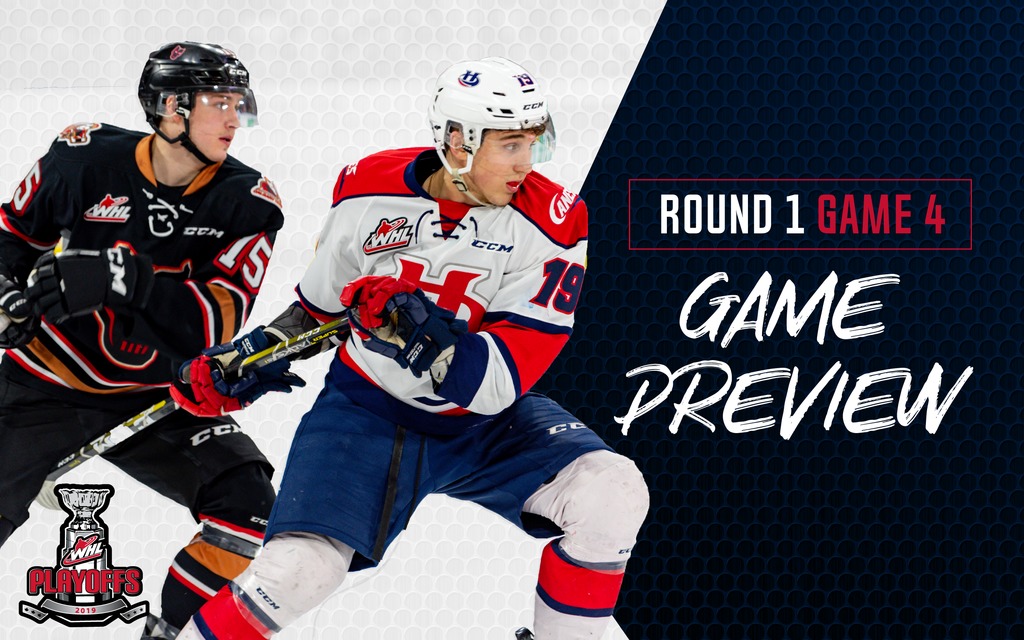 Calgary, AB – The Lethbridge Hurricanes will look to take a 3-1 series lead heading home tonight in Game 4 at Scotiabank Saddledome in Calgary against the Hitmen at 7:00pm.

The Hurricanes lead the best-of-seven first round series 2-1 after wins at the ENMAX Centre on Friday and Saturday but were downed 5-3 in Game 3 by the Hitmen. Dylan Cozens scored twice while Zack Stringer potted the other in the losing cause on Tuesday. Carl Tetachuk, for the third straight game, made 30+ saves this time in a losing cause.

The Hitmen earned their first playoff win exactly three-years to the day that they had won their last playoff game. Calgary was led by Carson Focht who had two goals and an assist including the game-winning goal in the victory while Jack McNaughton was named the game’s first star making 26 saves.

Tonight’s Game 4 for prelude Game 5 slated for Saturday at Nicholas Sheran Arena in West Lethbridge. Tonight’s game can be seen at Browns Socialhouse’s in Lethbridge and heard on 106.7 ROCK.

PLAYOFF SERIES: Tonight will be Game 4 of the best-of-seven first round series between the Hurricanes and the Hitmen. The Hurricanes lead the series 2-1. It’s the first time the two teams will face-off in the WHL Playoffs since 2009 while it will be the fifth time overall the ‘Canes will face the Hitmen in the post-season.

Game 4’s: Lethbridge has posted an all-time record of 11-25 in Game 4’s in their WHL post-season history. The ‘Canes won two of the three Game 4’s in the WHL Playoffs last year with wins over the Brandon Wheat Kings and the Swift Current Broncos.