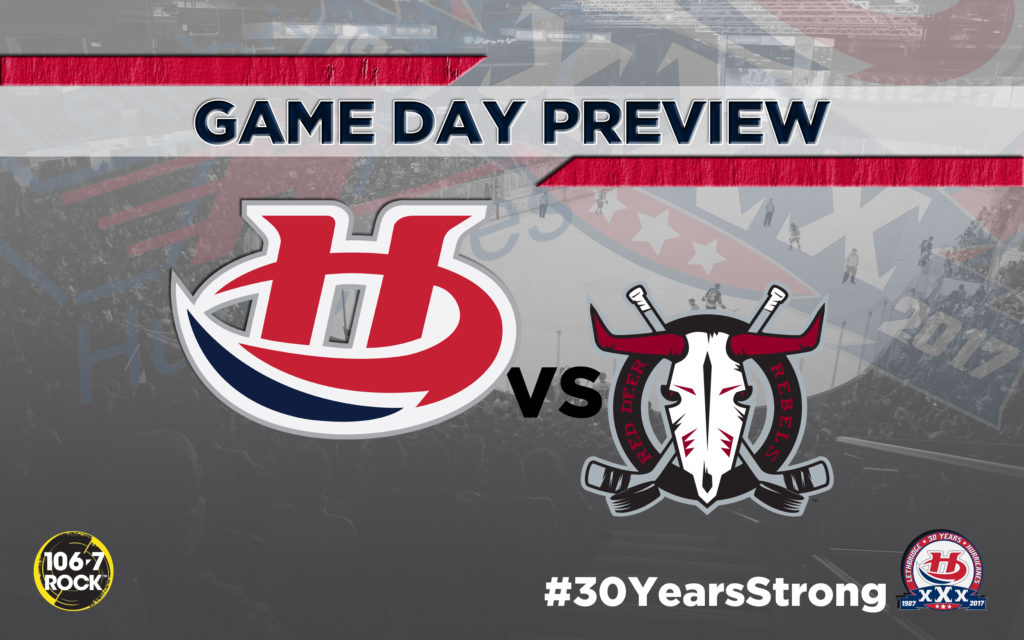 Red Deer, AB – The Lethbridge Hurricanes will play Game 3 of their best-of-seven first round series with the Red Deer Rebels tonight at the ENMAX Centrium in Red Deer at 7:00pm.

The Hurricanes, who dropped Game 1 on Saturday by a 4-2 score, were able to bounce back and even the series at a game apiece with a convincing 5-2 victory on Sunday night at the ENMAX Centre in Lethbridge. Egor Babenko scored three times while Tanner Nagel and Ryan Bowen added the others in the win.

The Rebels have been led by forward Michael Spacek through two games. Spacek has been a part of four of their six goals in the series thus far as he has recorded two goals and two assist in the first two games. Riley Lamb, who was strong in Game 1, was lifted after giving up five goals on 25 shots in Game 2.

Fans who won’t be able to attend the game in Red Deer can watch the game at Browns Socialhouse in Lethbridge or listen on 106.7 ROCK with the pregame show beginning at 6:45pm.