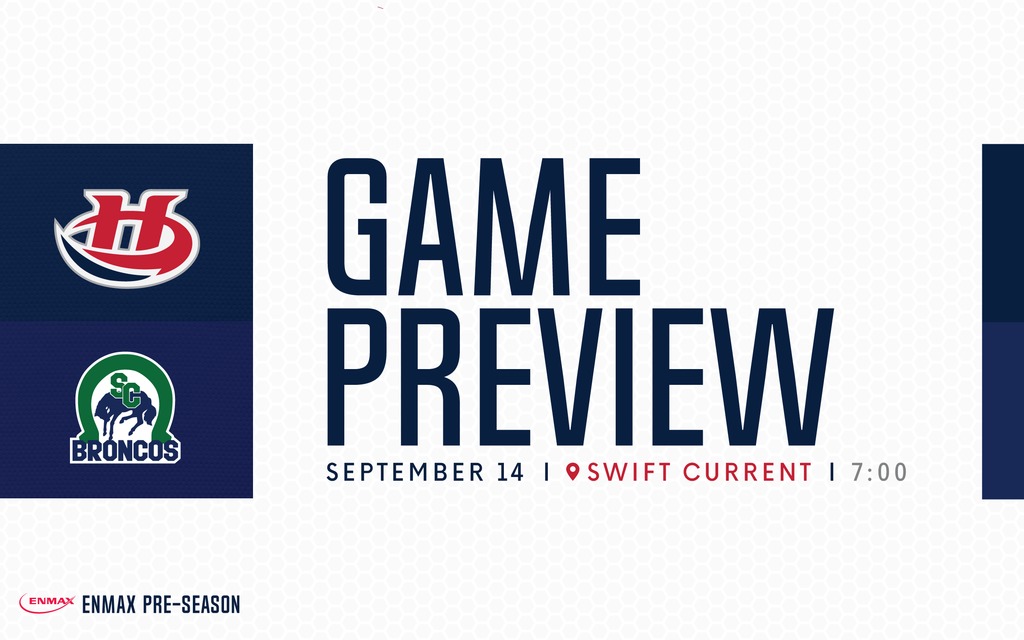 Lethbridge, AB – The Lethbridge Hurricanes will play their final tune-up game tonight in Swift Current against the Broncos as the ENMAX Pre-Season comes to a close.

The Hurricanes (1-1-1-0) dropped a 4-3 overtime decision last night in the first of a home-and-home with the Broncos. Dino Kambeitz scored twice while Rylan Thiessen added the other in the losing cause at the ENMAX Centre. Bryan Thomson made 26 saves in the defeat.

The Broncos (4-0-0-1) continued their strong pre-season with the victory. Ethan O’Rourke scored the overtime winner after Carter Chorney, Zach Cox and Tyler Smithies scored the goals in regulation for Swift Current. Goaltender Jordan Fairlie was terrific in the victory making 38 saves in the contest.