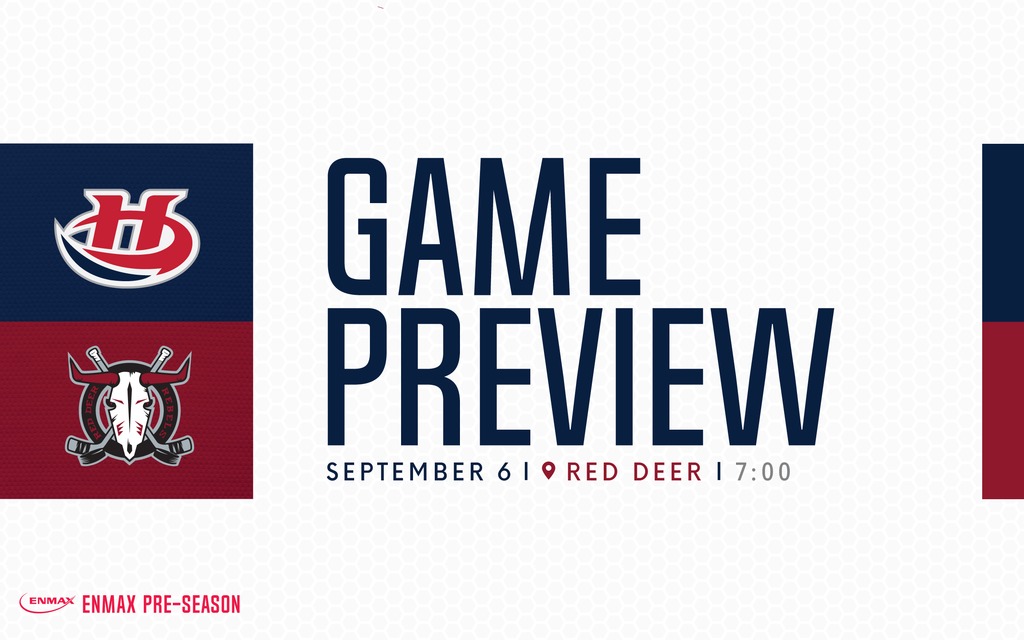 Lethbridge, AB – The Lethbridge Hurricanes begin the 2019 ENMAX Pre-Season schedule tonight at 7:00pm in Red Deer against the Rebels at the Westerner Park Centrium.

The Hurricanes are one of five teams in the Western Hockey League yet to play and exhibition game. The ‘Canes are coming off training camp at the ENMAX Centre and will carry a total of 29 players into the pre-season schedule including three goaltenders, 10 defenseman and 16 forwards.

The Rebels (0-1-0-0) have played one pre-season game thus far having dropped a 5-2 decision to the Edmonton Oil Kings on Tuesday. In that game, Mason Ward and Jace Weir scored the goals in the losing cause for the Rebels.

Tonight will be the first of two head-to-head meetings in the pre-season between the Hurricanes and the Rebels. The ‘Canes will be home to Red Deer at the ENMAX Centre tomorrow at 7:00pm.

For updates on the game, you can follow along online at www.whl.ca/scores or by following the Hurricanes twitter at @whlhurricanes.

Tickets for the Hurricanes home game against the Rebels on Saturday can be purchased for $10.00 cash at the door, at the Hurricanes Office, at the Lethbridge Minor Hockey Office or at any Gas King location in Lethbridge.