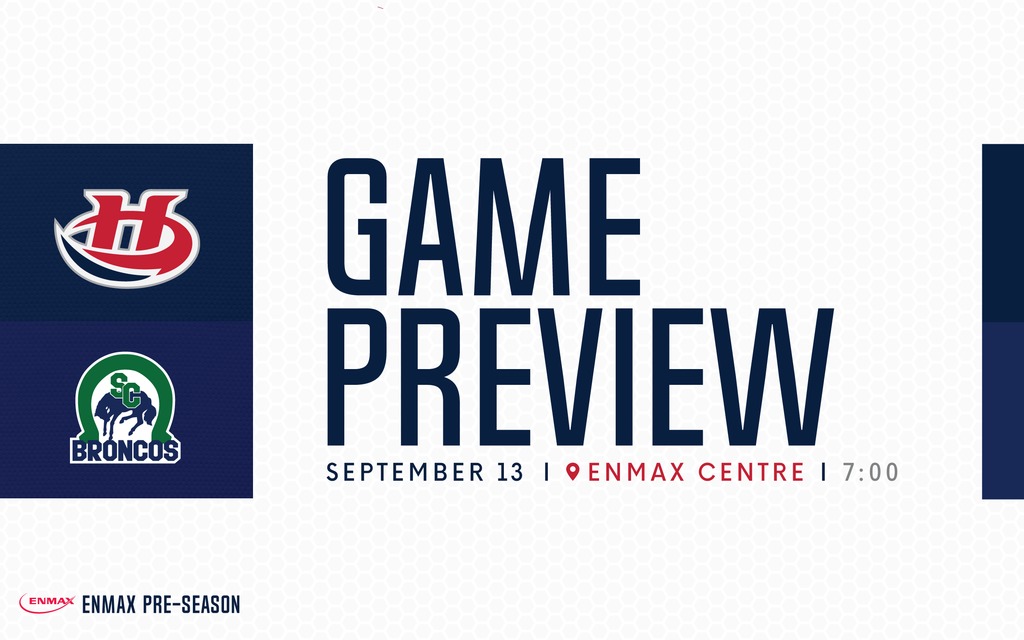 Lethbridge, AB – The Lethbridge Hurricanes play their final home ENMAX Pre-Season game tonight as they welcome the Swift Current Broncos to the ENMAX Centre at 7:00pm.

The Hurricanes (1-1-0-0) are coming off a weekend split against the Red Deer Rebels last weekend to begin the exhibition season. The ‘Canes earned a 3-2 overtime win last Saturday night when Zack Stringer scored the overtime goal while Rylan Thiessen and Chase Wheatcroft scored in regulation. Wheatcroft leads the Hurricanes in pre-season scoring with three points (1g-2a) in two games.

The Broncos (3-0-0-1) have played four out of their six-game pre-season schedule and have yet to lose in regulation. Swift Current however is coming off a 3-2 shootout loss last Thursday (Sept. 5) against the Regina Pats. Defenseman Jake Kustra leads the Broncos in exhibition scoring with four points (1g-3a) in two games thus far.

Tonight will be the first of a back-to-back, home-and-home set to end the pre-season for both teams as the Hurricanes will visit the Broncos tomorrow night. Tickets for tonight’s game can be purchased for $10.00, cash only, at the door or in advance at the Lethbridge Hurricanes Office at the ENMAX Centre or at any Gas King location in Lethbridge.