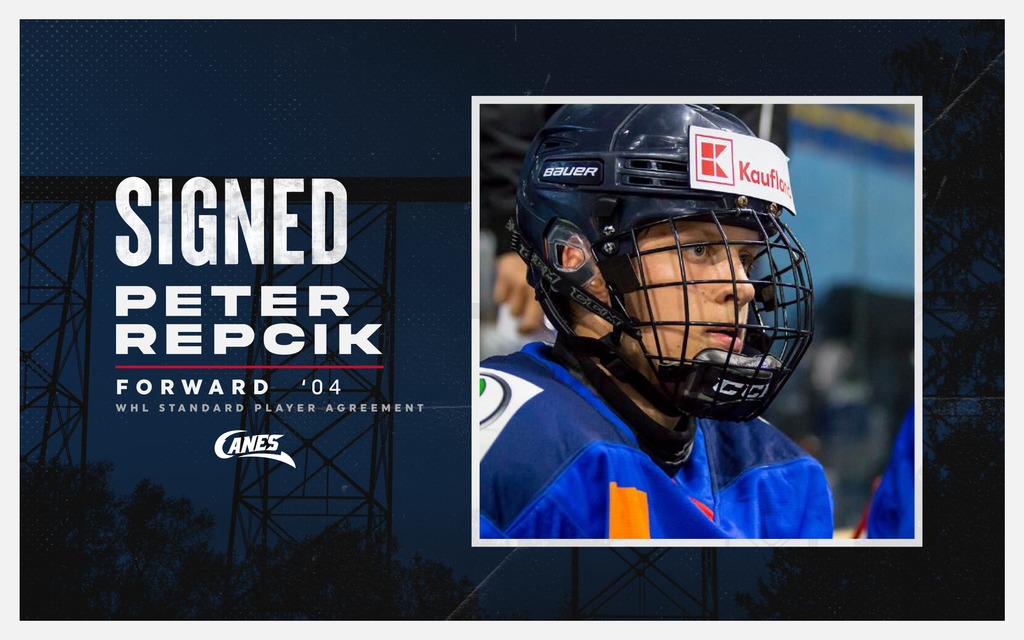 Repcik, 17, was selected in the second round (115th overall) in the 2021 Canadian Hockey League Import Draft by the Hurricanes. The Kosice, Slovakia product appeared in 27 games during 2020-2021 with Team Slovakia Under-18 team where he totaled 24 points (9g-15a) along with 20 penalty minutes. He also skated in three games with the Slovakia Under-20 team collecting two assists while registering five points (4g-1a) and two penalty minutes in three games internationally with Slovakia U-18.

“We’re happy that we were able to get Repcik signed along with Klavdiev and add him to our forward group for next season,” said Hurricanes General Manager Peter Anholt. “We think Repcik has some skill and we hope that he will develop into a good player at the WHL level.”

The 6’0, 175-pound forward joins returners Logan McCutcheon, Reid MacKay and Easton Kovacs as the potential 2004-born age group for the Hurricanes for next season.

The Hurricanes open their 2021-2022 regular season schedule on Friday, October 1st when they host the Calgary Hitmen to the ENMAX Centre. Season Tickets for the 68-games season are now available by calling 403-328-1986.