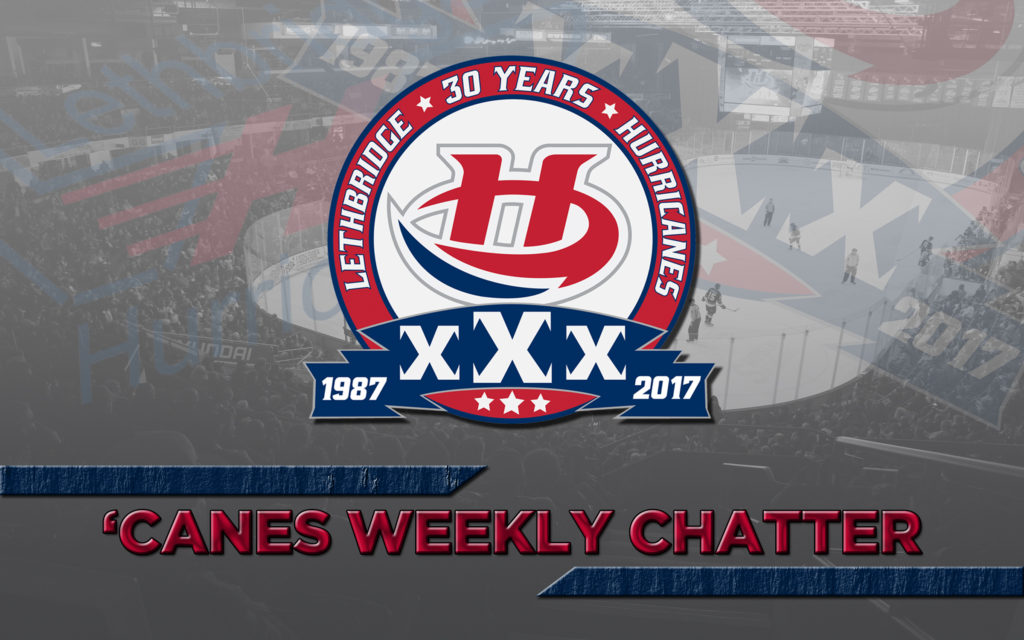 Individual Game Tickets On Sale: Individual game tickets for the 2016-2017 regular season will go on sale on Thursday, September 8th at 10:00am. They can be purchased by visiting the ENMAX Centre Ticket Centre, online or by calling 403-329-SEAT.

2016-17 Season Tickets: 2016-2017 Season Tickets are still available for purchase. There are still great seats available – reserve your seat today by calling 403-329-SEAT (7328) or by visiting the ENMAX Centre Ticket Centre. All current and new Season Ticket Holders will be eligible for the Hurricanes 30 Days of Giveaways.

Friday, September 9th – 4-3 Loss vs. Swift Current: The Hurricanes dropped a 4-3 decision to the hands of the Broncos on Friday night at the ENMAX Centre. Colton Kroeker scored twice in the game while Brayden Burke added two assists.

Saturday, September 10th – 5-2 Loss @ Swift Current: The Hurricanes looked for the split on Saturday in Swift Current but were unable to even their record dropping a 5-2 decision to the Broncos. Ryan Vandervlis and Tyler Wong scored in the defeat.

Hurricanes Acquire Menell: The Hurricanes announced Monday that they have acquired offensive-defenseman Brennan Menell from the Vancouver Giants for Darian Skeoch and a fourth round draft pick. Menell had 53 points (7g-46a) last season with Vancouver finishing second in team scoring.

Hurricanes Deal Folk: The Hurricanes announced Monday that they had also traded overage forward Carter Folk to the Victoria Royals in exchange for a fourth round draft pick. Folk spent parts of three seasons with the Hurricanes appearing in 171 games collecting 61 points (26g-35a).

30th Anniversary Season: The 2016-2017 hockey season is the Lethbridge Hurricanes 30th Season in Lethbridge. As part of the celebrations, the Hurricanes will be conducting the 30 Days of Giveaways, Top 30 Moments and Top 30 Players in the franchise’s history. For the full list, go to www.lethbridgehurricanes.com.