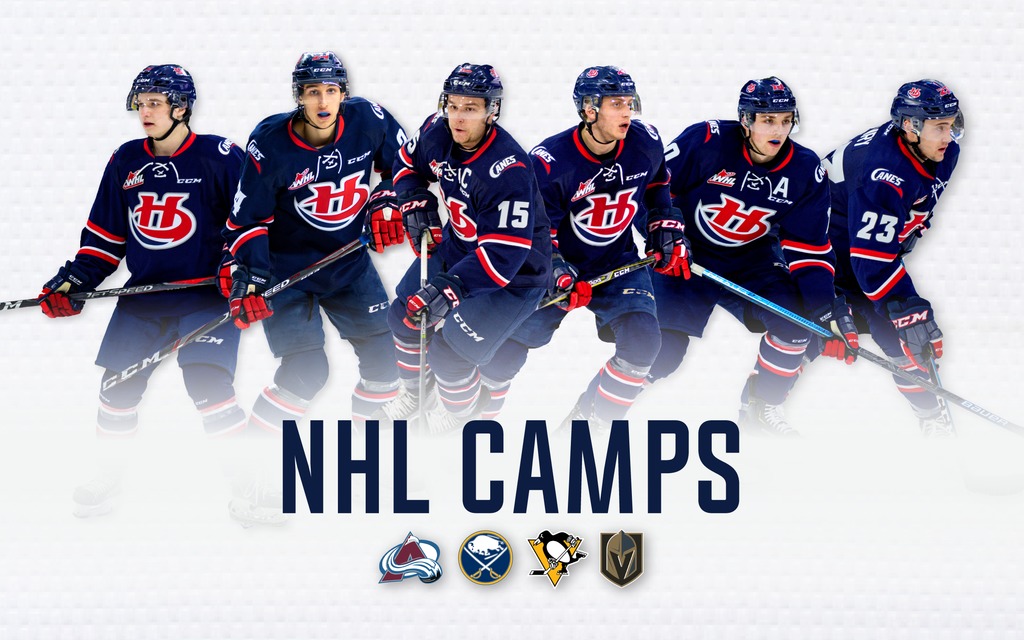 Bellerive, 20, and Addison, 19, will both be attending the Pittsburgh Penguins camp. Bellerive signed by the Penguins are a free-agent in 2017 while Addison was drafted by Pittsburgh in the second round of the 2018 NHL Entry Draft. Both appeared in a handful of American Hockey League games for the Wilkes-Burre/Scranton Penguins last year after the Hurricanes post-season came to an end.

Henry, 20, and Barlage, 18, will be in Colorado at the Avalanche’s camp. Henry was drafted in 2017 by the Avalanche in the fourth round when he was a member of the Regina Pats but signed an entry-level contract at the end of last season. Henry appeared in three AHL games with the Colorado Eagles last season. Barlage, who was undrafted in the NHL Draft in June, was invited to Colorado’s prospect camp earlier in the summer and will take part in his first NHL camp.

Leschyshyn, 20, was a second round draft pick of the Vegas Golden Knights in 2017 and will be taking part in his third NHL camp. He also appeared in three AHL games with the Golden Knight’s affiliate the Chicago Wolves last season after the ‘Canes year.

Cozens, 18, will be in Buffalo at Sabres camp. He made history last June becoming the highest ever drafted Hurricane in the NHL Draft with Buffalo took him seventh overall. He appeared at the Sabres rookie development camp in the spring where he suffered a hand injury which subsequently required surgery.

The Hurricanes will open the 2019-2020 regular season on Friday, September 20th at the ENMAX Centre with the Dairy Queen Home Opener when they welcome the Medicine Hat Tigers at 7:00pm. Regular Season individual game tickets go on sale on Wednesday, September 11th at 10:00am.