Skinner Named to U-20 Goaltending Camp 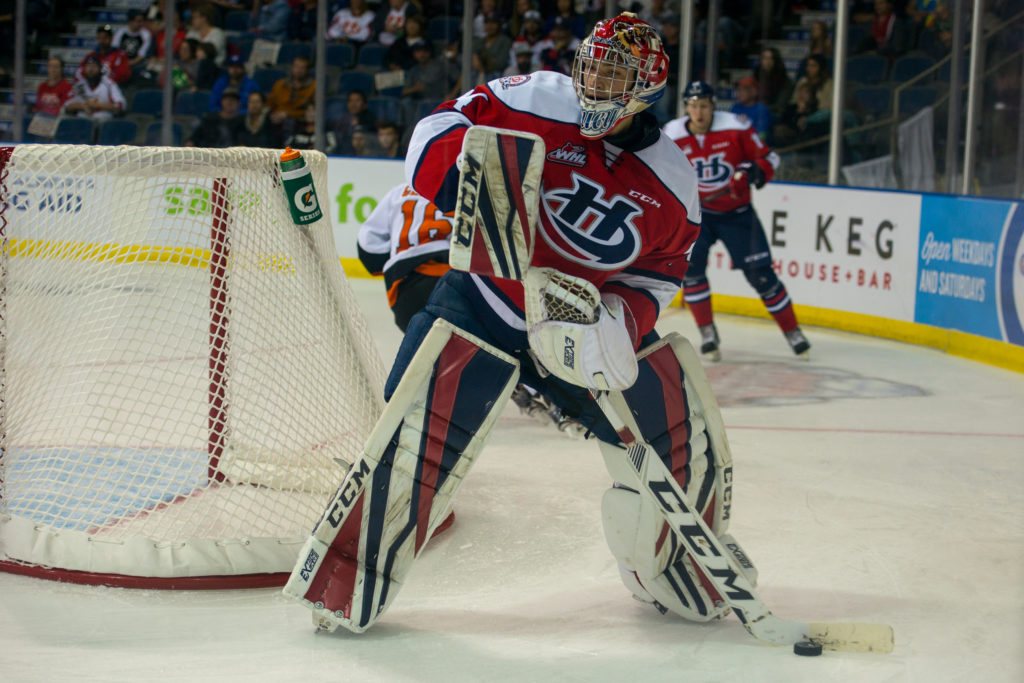 Lethbridge, AB – Hockey Canada announced Monday that Lethbridge Hurricanes goaltender Stuart Skinner is one of 30 netminders from across Canada that will take part in the annual Program of Excellence goaltender camp. The camp will take place from June 9-11 at the Markin MacPhail Centre at Winsport’s Canada Olympic Park in Calgary.

Skinner, 18, is one of seven goaltenders that will take part in the Under-20 camp in preparation for the 2018 World Junior Championship summer development camp. The three-year Hurricane joins fellow Western Hockey Leaguers Carter Hart (Everett) and Ian Scott (Prince Albert) as the only other WHL goaltenders to attend the U-20 camp. Three goaltenders from the Ontario Hockey League and one of the Quebec Major Junior Hockey League will also take part.

The Edmonton, Alberta product recently attended the National Hockey League Draft Combine in Buffalo, New York last week and is slated to be selected in the upcoming NHL Entry Draft in Chicago later this month.