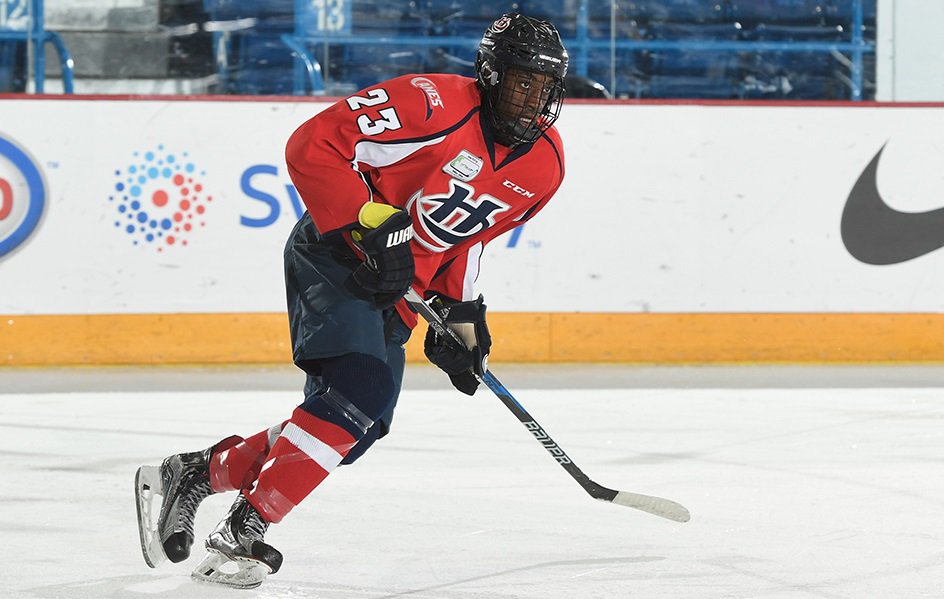 Stringer was selected eighth overall by the Hurricanes last week at the WHL Bantam Draft in Red Deer, Alberta. The Lethbridge product played as an underage with the Lethbridge Midget AAA Hurricanes in 2017-2018. In 23 regular season games, Stringer registered 30 points (17g-13a) along with 30 penalty minutes. He finished fifth in team scoring and second in goals. He also finished second in game-winning goals for the Midget AAA Hurricanes.

“We were really pleased to have been able to get Zack at eighth overall and we are very, very excited to be able to get him signed,” said Hurricanes General Manager Peter Anholt.

The 6’1”, 155-pound forward appeared in 10 post-season games with the AAA Hurricanes collecting 16 points (11g-5a) along with four penalty minutes. Stringer finished second in playoff scoring in the AMHL while leading the entire playoffs in goals. He helped the Midget AAA Hurricanes capture the AMHL Championship. He added another 10 points (7g-3a) and 10 penalty minutes at the 2018 Telus Cup in Sudbury, Ontario as the Hurricanes won a Bronze medal.

Stringer recently attended the 2018 World Selects Invitational U15 World Championships in Philadelphia, Pennsylvania where he suited up for the Western Canada Selects U15 team. In eight tournament games, he collected 12 points (2g-10a) along with two penalty minutes. He finished tied for third in team scoring while finishing second in assists.

I’m humbled to be drafted by my hometown & can’t wait to work hard for the Canes. My deepest thanks to my coaches, trainers, parents & everyone who’s sacrificed for me to make it to this point! #CaneTrain