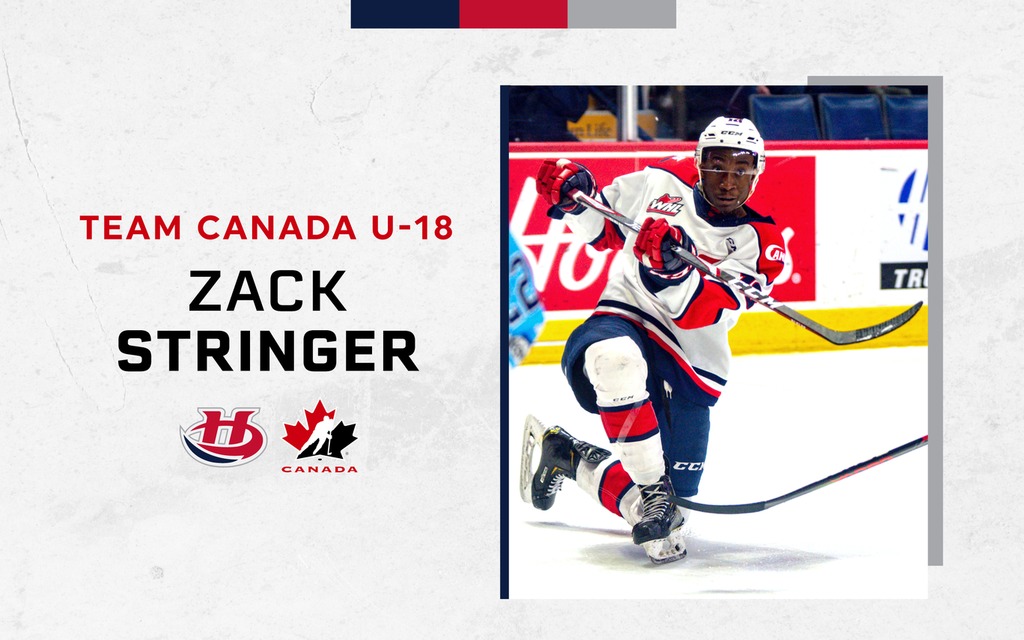 Stringer, 17, is one of 12 Western Hockey League players that has been invited to the camp. The product of Lethbridge, Alberta was originally drafted by the Hurricanes in the first round (8th overall) in the 2018 WHL Bantam Draft. In his rookie season in 2019-2020, Stringer led the ‘Canes in rookie scoring totaling 34 points (11g-23a) along with a plus-13 rating and 22 penalty minutes while being named the teams Rookie of the Year Award winner.

In his young career, Stringer has collected 38 points (12g-26a) along with a plus-14 rating and 24 penalty minutes in 56 regular season games with the Hurricanes while also appearing in six post-season games in 2019 where he totaled three points (1g-2a) and two penalty minutes.

The 46 players were slated to compete for spots to represent Canada at the 2020 Hlinka Gretzky Cup was scheduled to take place in Edmonton and Red Deer from August 3-8, but was cancelled in April due to the COVID-19 pandemic.

“It is important for Hockey Canada to recognize the work the players and coaching staff already put in to prepare for the summer and a chance to compete for gold on home ice,” said Hockey Canada’s senior vice-president of national teams, Scott Salmond in a WHL release. “It was a difficult decision to cancel the tournament, as it provides the opportunity to showcase the top under-18 players in best-on-best international showcase. We want to recognize the 46 players and our three coaches for the tremendous accomplishment, and we look forward to watching all players continue to develop as they look ahead to next season and a chance to compete at the IIHF U18 World Championship.”