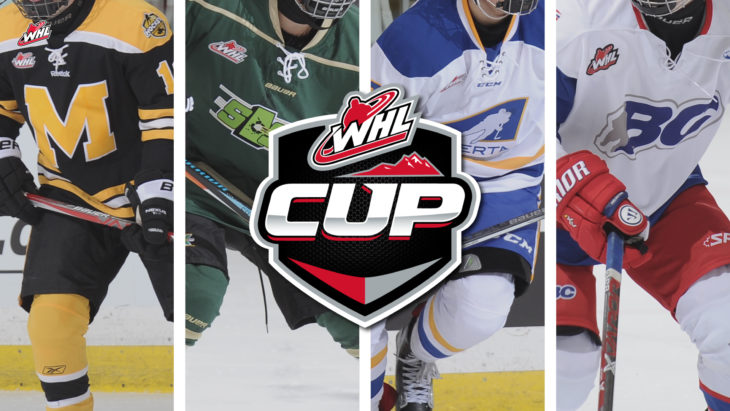 Noah Boyko, Bryan Thomson and Drew Englot will all take part in the event which will be held October 18th until the 22nd at the Markin MacPhail Centre in Calgary. Boyko will represent Team Alberta while Thomson and Englot will suit up for Team Saskatchewan. All three were selected by the Hurricanes in the 2017 WHL Bantam Draft in May.

Boyko, who was selected in the first round (16th overall) had 52 points (25g-27a) along with 14 penalty minutes last season with the Fort Saskatchewan Rangers Bantam AAA. Boyko had an addition 18 points (7g-11a) in 14 playoff games helping the Rangers to a Provincial title. Boyko appeared in one pre-season game with the Hurricanes. So far this season, Boyko has one assist in two games with the Fort Saskatchewan Rangers Midget AAA.

Thomson was selected in the second round (37th overall). The 6’4” goaltender appeared in two exhibition games with the ‘Canes this season posting an 0-2-0-0 record with a 3.53 goals against average and a .865 save percentage. Last season, Thomson was a key member of the Notre Dame Hounds program. So far this season, he has appeared in two games with the Notre Dame Argos.

Englot was picked by the Hurricanes in the fourth round (76th overall) in the 2017 Bantam Draft. The forward from Candiac, Saskatchewan appeared in 30 games with the Notre Dame Hounds Bantam AAA last season scoring 14 points (4g-10a) along with 34 penalty minutes. So far this season, Englot has two assists in three games with the Hounds Midget AAA. He skated in one pre-season game for the Hurricanes registering two penalty minutes.

The Hurricanes are back in action on Friday when they welcome the Prince Albert Raiders at 7:00pm at the ENMAX Centre. Tickets are available online, by calling 403-329-SEAT (7328) or by visiting the ENMAX Centre Ticket Centre.