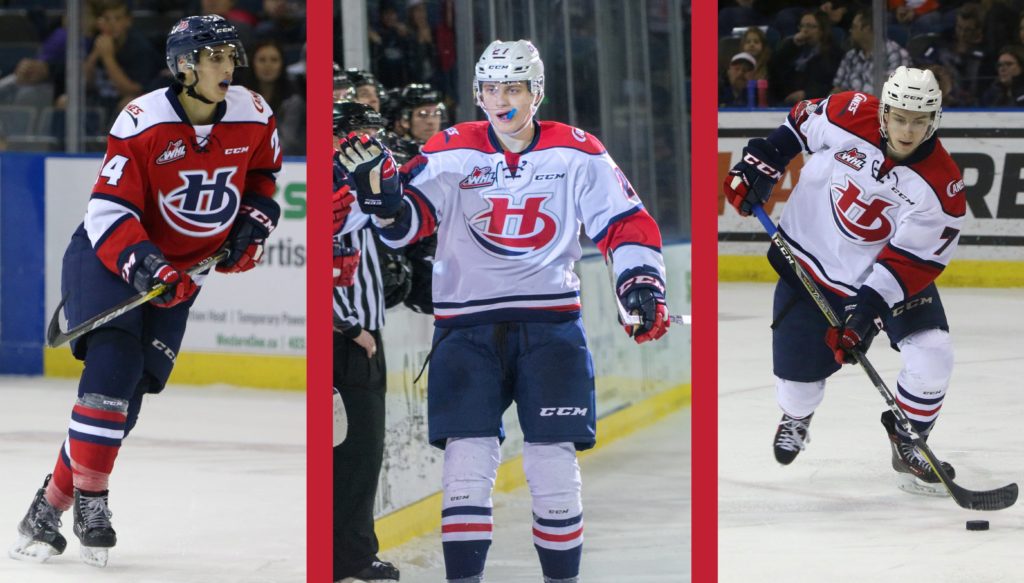 The top-ranked Hurricane was forward Dylan Cozens. The 19th overall pick from the 2016 Western Hockey League Bantam Draft was ranked as an ‘A’ skater which indicates a first round candidate. The Whitehorse product is currently tied for the team lead in scoring having collected 23 points (9g-14a) in 18 games this season. He was projected by TSN’s Bob McKenzie as the second overall prospect for the NHL Draft in his pre-season draft rankings.

The other ‘Canes ranked were forward Logan Barlage and defenseman Nolan Jones who were both given a ‘C’ rating which indicates they could be a fourth, fifth, or sixth round candidate for the NHL Draft.

Barlage, who hails from Humboldt, Saskatchewan, has accumulated 16 points (7g-9a) in 18 games this season. In 51 regular season games with the Hurricanes since being acquired from the Swift Current Broncos last season, Barlage has totaled 29 points (13g-16a) along with a 12 penalty minutes and a plus-10 rating. He added eight points (5g-3a) with eight penalty minutes in 16 post-season games last year.

Jones was selected by the Hurricanes in the second round, 41st overall in the 2016 Bantam Draft. The Moose Jaw, Saskatchewan product has appeared in 13 games this season with the ‘Canes collecting three points (1g-2a) along with 18 penalty minutes. Jones scored his first WHL goal on October 20th against the Medicine Hat Tigers. The rear-guard has played in 25 career WHL games registering four points (1g-3a) with 20 penalty minutes.

A total of 48 WHL players were ranked by Central Scouting, including six who were given an ‘A’ rating. The 2019 NHL Entry Draft is slated to take place on June 21-22, 2019 at Rogers Arena in Vancouver.

The Hurricanes continue a four-game home stand with a pair of games this weekend. They welcome the Edmonton Oil Kings Friday before hosting the Moose Jaw Warriors on Saturday. Tickets for both games can be purchased online at www.enmaxcentre.ca, by calling 403-329-SEAT (7328) or by visiting the ENMAX Centre or Yates Ticket Centre’s.