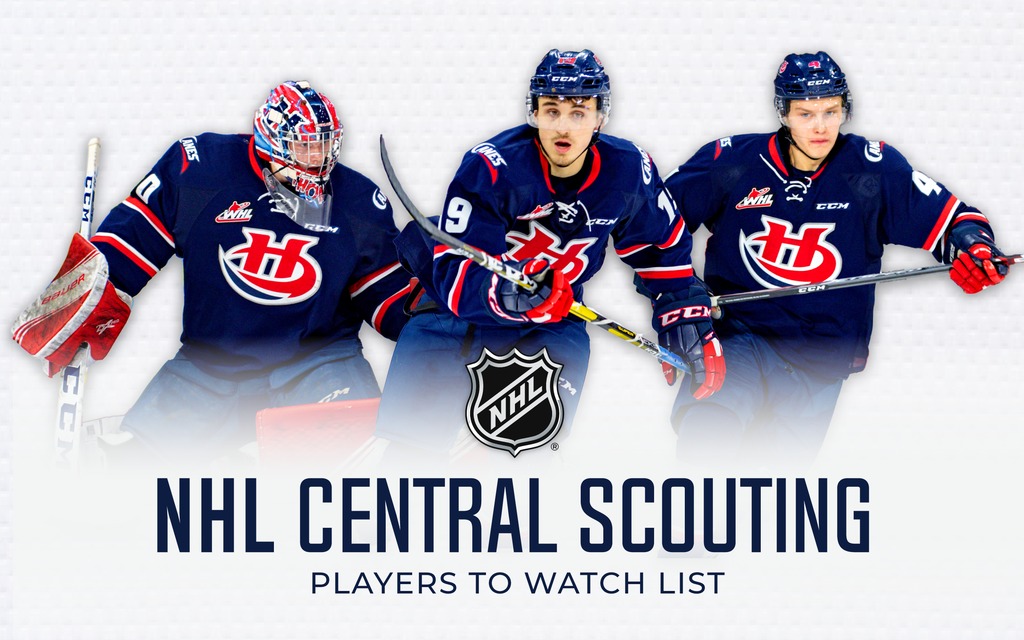 Lethbridge, AB – The National Hockey League Central Scouting Service announced their ‘Players to Watch’ list for the 2020 NHL Entry Draft and three Lethbridge Hurricanes were listed as Noah Boyko, Danila Palivko and Bryan Thomson were all ranked as ‘C’ Prospects.

A ‘C’ ranking indicates players that could be selected in the fourth, fifth, or sixth round of the NHL Draft.

Boyko, 17, was originally selected by the Hurricanes in the first round (16th overall) in the 2017 Western Hockey League Bantam Draft. The product of Sherwood Park, Alberta registered 15 points (7g-8a) along with 14 penalty minutes in 55 games during the 2018-2019 regular season as a 16-year-old with the Hurricanes. Boyko was held pointless in four post-season games for the Hurricanes last year. So far this year, the 6’2”, 181-pound forward has one goal in six outings.

Palivko, 17, was chosen by the Hurricanes in the second round (80th overall) of the 2018 Canadian Hockey League Import Draft. The native of Novopolotsk, Belarus skated in 61 games with the ‘Canes in 2018-2019 collecting 15 points (2g-13a) along with 20 penalty minutes and a plus-16 rating. The 6’5”, 200-pound defenseman represented Belarus at the World Under-18 Hockey Championship in Finland last April where he served as an Assistant Captain appearing in five games being held pointless.

In total, 44 WHL players were ranked by Central Scouting on their ‘Players to Watch’ List. The 2020 NHL Entry Draft will take place on June 26-27, 2020 at the Bell Centre in Montreal, Quebec.