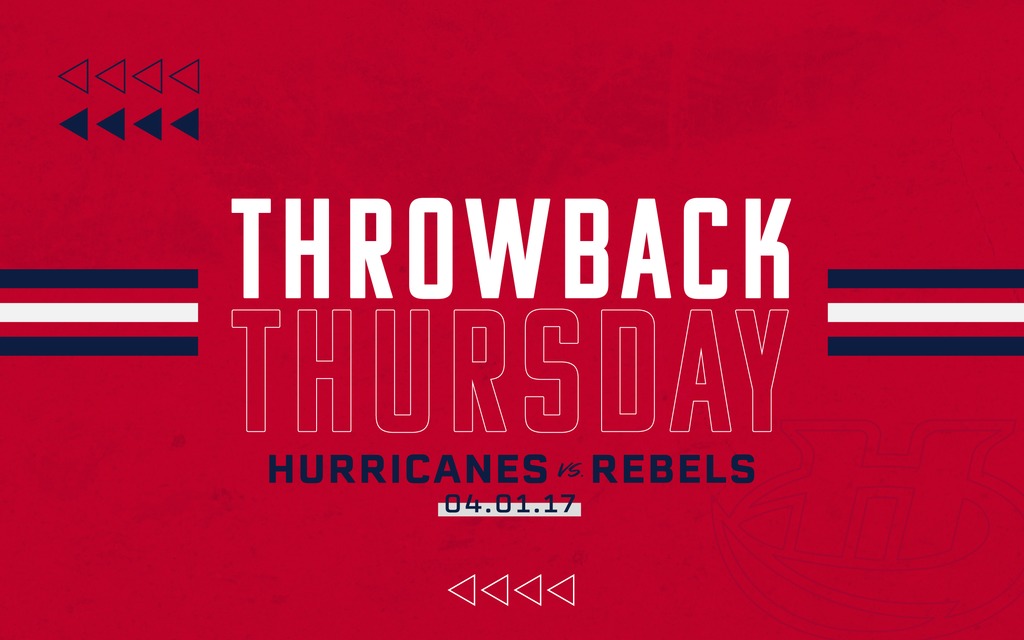 On April 1, 2017, the Hurricanes were down 3-1 in the series, Zak Zborosky scored the GWG against the Rebels minutes into the 3rd period to force Game 6. Rewatch the game tonight at 7:00PM on YouTube!

Lethbridge, AB – The Lethbridge Hurricanes will look to keep their season alive tonight in Game 5 of their best-of-seven series with the Red Deer Rebels. The Rebels lead the series three games to one.

The Hurricanes find themselves in a 3-1 hole for the second straight post-season after dropping a 5-3 loss in Game 4 on Thursday in Red Deer. The ‘Canes once again had a multi-goal lead only to see the Rebels storm back to win. Tyler Wong scored twice while Jordy Bellerive added the other in the loss. Stuart Skinner made 38 saves in the defeat.

The Rebels have been led by Michael Spacek, Lane Zablocki, Evan Polei, and Brandon Hagel who have combined for 14 of the Rebels 15 goals in the series. Zablocki and Hagel each scored twice while Polei scored the game-winning goal for the second straight game on Thursday.

The Hurricanes will look to stave off elimination and force a Game 6 back in Red Deer on Sunday evening.

NEWS & NOTES:In a Hole: The Hurricanes find themselves in a 3-1 hole in the best-of-seven series. The ‘Canes were dispatched in five games one year ago today (April 1st) in Game 5 against Regina after falling behind three games to one. The ‘Canes have never overcome a 3-1 series deficit in six times trailing three games to one.

Lead Me: The Hurricanes have had a difficult time holding leads in this series. The ‘Canes have had a two-goal lead in every game in the series only to see Red Deer storm back to win three out of the four games despite being behind the eight-ball. The ‘Canes were 32-2-2-2 in the regular season when leading after forty minutes but are 1-2-1-0 in the playoffs.