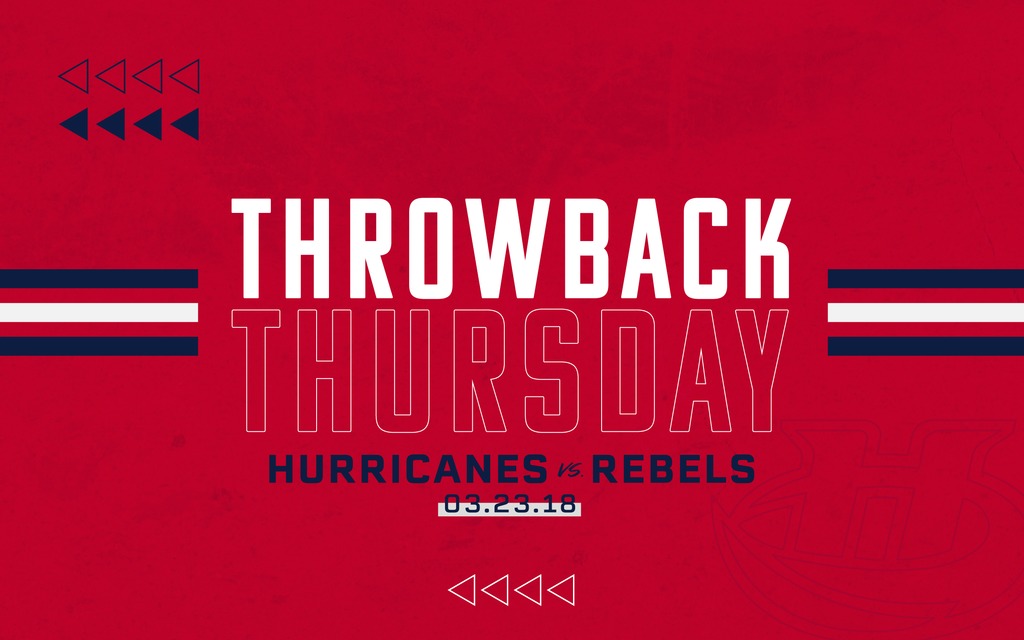 Tonight, re-watch Logan Flodell and the Hurricanes shutout the Rebels to open up the 2018 WHL Playoffs! Puck drops at 7:00PM!

Lethbridge, AB | March 23, 2018 – The Lethbridge Hurricanes begin their quest for the Ed Chynoweth Cup tonight as they open the 2018 WHL Playoffs in Game 1 of their first round best-of-seven series with the Red Deer Rebels at 7:00pm at the ENMAX Centre.

The Hurricanes, who finished the regular season with a 33-33-6-0 record, finished second in the Central Division with 72 points. The ‘Canes ended an eight-game losing streak in their final game of the regular season last Saturday as they earned a 3-2 win in Medicine Hat against the Tigers. The Hurricanes posted a 19-13-4-0 record on home ice this year.

The Rebels, who ended the regular season with a 27-32-10-3 record, finished third in the Central Division with 67 points. Red Deer ended the season last weekend with back-to-back losses to the Kootenay Ice being outscored by an 11-2 scored in the two games. Red Deer posted a 17-7-2-0 record in their final 26 games of the season and were 13-16-6-1 on the road this year.

The Hurricanes and Rebels have met four prior times in post-season play with the ‘Canes having posted a 3-2 series record, including a seven game thriller last year as the Hurricanes erased a 3-1 series deficit for the first time in franchise history. The team with home-ice advantage has won all prior four series between the team clubs.

PLAYOFF SERIES: Tonight will be Game 1 of the best-of-seven first round series between the Hurricanes and the Rebels. It is the second straight season that the two teams have met in the opening round of the post-season. Last year, the Hurricanes erased a 3-1 series deficit to defeat the Rebels in seven games.

NEWS & NOTES:We Meet Again: The Hurricanes and Rebels will square off in a first round playoff series for the second straight season. The ‘Canes erased a 3-1 series deficit last year in the opening round to defeat the Rebels in seven games at the ENMAX Centre in Lethbridge.

Four Before: The Hurricanes and Rebels have met in the post-season on four prior occasions, including last season. Both teams have won two playoff series. The Hurricanes winning in 1996-1997 and 2016-2017 while the Rebels won in back to back years in 2000-2001 and 2001-2002. The team with home-ice advantage as won all four prior series.

It’s Over: The Hurricanes ended the 2017-2018 regular season with a 3-2 win in Medicine Hat on March 17th to end an eight-game losing streak. The ‘Canes finished the season with a 33-33-6-0 record. It was the third straight season the Hurricanes have finished with 30+ victories.

A Lot vs. A Little: In the final nine games of the regular season, the Hurricanes posted a 1-8-0-0 record. During that span, the ‘Canes surrendered 41 goals for an average of 4.56 goals against per game. The ‘Canes meanwhile scored 15 goals in the same span, an average of 1.67 per game.

My Captain: Since being named the 26th Captain on January 12th, Bellerive has recorded 37 points (22g-15a) in 32 games. He racked up 21 goals in his last 28 outings of the regular season. Bellerive finished the year with 46 goals and 92 points. It was the third straight year the ‘Canes had at least one 40-goal scorer. Bellerive was named an Eastern Conference Second Team All-Star for 2017-2018. 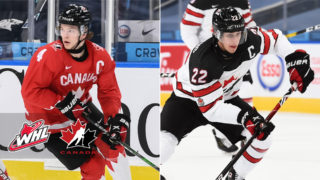