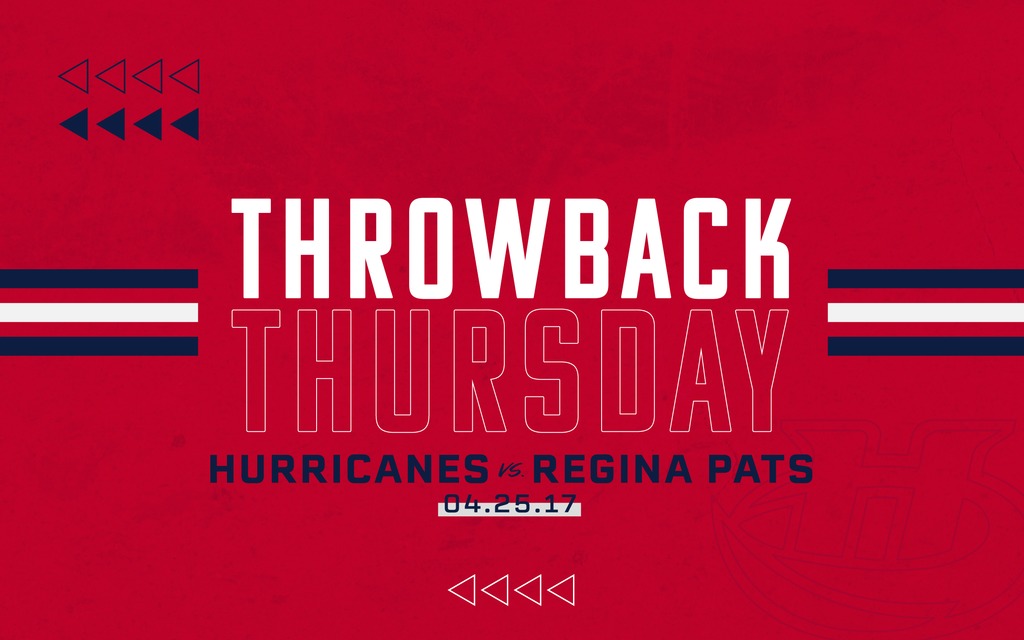 The ‘Canes came out blazing scoring just 16-seconds into the game and never looked back. Menell, Joseph, and Babenko all scored in the win. Puck drops at 7:00pm.

Lethbridge, AB – The Lethbridge Hurricanes return home to host Game 3 of the Eastern Conference Championship Series tonight at 7:00pm against the Regina Pats at the ENMAX Centre.

The Hurricanes earned the split in Regina in the opening two games of the best-of-seven series as they earned a 3-1 victory Friday in Game 1 before being handed a 3-2 overtime loss in Game 2 at the Brandt Centre. In the two games, the ‘Canes had Zane Franklin, Zak Zborosky, Ryan Vandervlis, and Calen Addison return from injuries. Franklin and Jordy Bellerive scored in the losing cause in Game 2 while Stuart Skinner made 48 saves.

The Pats received a boost as well, as their Captain Adam Brooks played in both games and scored the overtime winning goal in Game 2 to even the series at one game a piece. Brooks had dressed but didn’t play in the final three games against the Swift Current Broncos. Austin Wagner scored in each of the first two games while Jeff de Wit netted one in Game 2.

The Hurricanes have posted a 4-2-1 record on home ice in the post-season and will look to hold court at the ENMAX Centre.

PLAYOFF SERIES: Tonight will be Game 3 of the best-of-seven series between the Hurricanes and the Pats. The ‘Canes lead the series 1-0. This is the second straight post-season that the ‘Canes and Pats have met after Regina eliminated Lethbridge in five games in the first round in 2016.

NEWS & NOTES:
So, We Meet Again: The Hurricanes and Pats will square off in the post-season for the second consecutive year. In the 2016 WHL Playoffs, the Hurricanes were eliminated by the Pats in five games in the first round of the post-season. After winning Game 1, the ‘Canes went on to lose the next four.

Oh, Giorgio: Giorgio Estephan has been racking up points. The four-year veteran has tossed 20 points (10g-10a) on the board in his last 12 games since returning from injury in Round 1 against Red Deer. The Hurricanes are 9-0-1 in the playoffs when Estephan records a point.

Locked Down: The Hurricanes, who had a difficult time holding leads early in their first-round series with the Rebels, were outscored 10-2 in the third period in their first four playoff games. In the last 12 post-season contests, the ‘Canes have been much better outscoring the opposition 19-8.

The Comeback: For the first time in franchise history the Hurricanes erased a 3-1 deficit to win a series in seven games. The ‘Canes fell behind 3-1 after losing Games 1, 3 and 4 but were able to battle back in their first-round series eventually eliminating the Red Deer Rebels in Game 7.