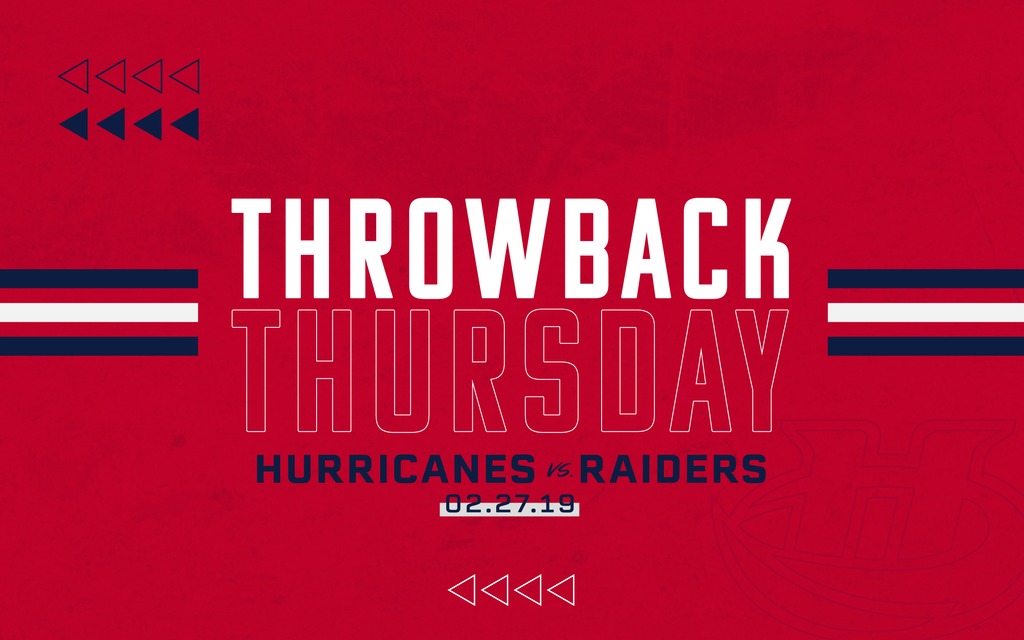 Watch as Jake Elmer tied the game late in the third then scored the OT winner to beat the Raiders in Prince Albert. Puck drops at 7:00PM.

Prince Albert, SK – The Lethbridge Hurricanes continue a five-game road trip on Wednesday as they travel to face the Prince Albert Raiders at 6:00pm MT.

The Hurricanes (32-18-5-5) had their three-game winning streak snapped last night in Saskatoon against the Blades. Nick Henry, Jake Elmer, Logan Barlage and Taylor Ross scored in the losing cause. The ‘Canes fell to 15-9-4-1 on the road with the defeat.

The Raiders (49-8-1-2) enter on a three-game winning streak and are 8-1-1-0 in their last ten games. The Raiders are coming off a convincing 7-1 win over the Brandon Wheat Kings on Saturday at the Art Hauser Centre. Prince Albert will search for their 50th win of the year, a mark they’ve reached three prior times in their history but not since 1991-1992.

Tonight will be the final of four meetings on the season between the Hurricanes and the Raiders; Prince Albert has won all three meetings thus far and six straight against the ‘Canes dating back to last season.