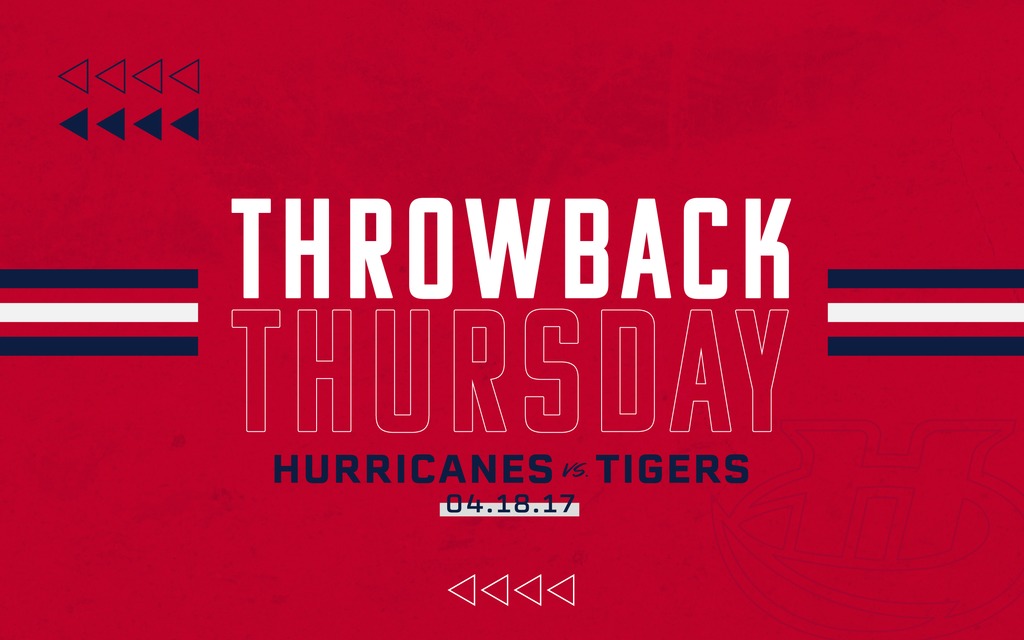 You’ve been asking for this game and we are here to deliver! It’s time to relive Wonger’s OT shorty from Round 2, Game 7 in the 2017 Playoffs! Puck drops at 7:00PM.

Medicine Hat, AB – The Lethbridge Hurricanes will visit the Medicine Hat Tigers in a winner-take-all Game 7 tonight at 7:00pm at the Canalta Centre.

The Hurricanes look to win their second straight Game 7 after earning a 6-2 victory in the seventh game in their first round series against the Red Deer Rebels. The ‘Canes find themselves in Game 7 after falling 5-2 in Game 6 on Sunday night at the ENMAX Centre. Egor Babenko scored twice in the losing cause.

The Tigers were 3/6 on the power play in the Game 6 victory in Lethbridge on Sunday. Matt Bradley scored twice in the win while Steven Owre, Max Gerlach and John Dahlstrom scored the others in the victory. Michael Bullion made 24 saves in the winning cause.

The Hurricanes will look to remain perfect in Game 7’s as they are 4-0 in franchise history in seventh and deciding games, including 1-0 on the road in Game 7’s.

PLAYOFF SERIES: Tonight will be Game 7 of the best-of-seven series between the Hurricanes and the Tigers. The series is tied at 3-3. The ‘Canes and Tigers have not met in the WHL post-season since 1991 when the Hurricanes eliminated them in 7 games – that was the only time the two have faced off in playoffs.

VS. TIGERS, REGULAR SEASON: The Hurricanes and Tigers met seven times in the 2016-2017 regular season with the ‘Canes posting a 3-4-0-0 record. The ‘Canes won three of the first four games while the Tigers took the final three head-to-head meetings.

Been a While: The Hurricanes and Tigers will square off in a post-season series for just the second time in history. The only previous meeting was back in 1991 when the ‘Canes knocked off the Tigers in seven games. Bob Loucks was the head coach of the Hurricanes that season.

Seventh Heaven: Tonight will be the second Game 7 in this post-season for the Hurricanes. The ‘Canes earned a 6-2 win in Game 7 in the first round against the Red Deer Rebels. The Hurricanes are a perfect 4-0 in Game 7’s in their history with one of those coming on the road.

Road Results: It has been a road series so far. The road team has won four of the six games in this best-of-seven second round with both the Hurricanes and Tigers winning once on home ice. The ‘Canes have won each of the last two games at the Canalta Centre (Game 2 and Game 5).

Oh, Giorgio: Giorgio Estephan has been racking up points. The four-year veteran has tossed 17 points (8g-9a) on the board in his last nine games since returning from injury in Round 1 against Red Deer. Estephan leads the WHL in playoff points and was named the WHL and CHL Player of the Week last week.

Locked Down: The Hurricanes, who had a difficult time holding leads early in their first round series with the Rebels, were outscored 10-2 in the third period in their first four playoff games. In the last nine post-season contests, the ‘Canes have been much better outscoring the opposition 14-7.

The Comeback: For the first time in franchise history the Hurricanes erased a 3-1 deficit to win a series in seven games. The ‘Canes fell behind 3-1 after losing Games 1, 3 and 4 but were able to battle back in the series eventually eliminating the Red Deer Rebels in Game 7 in Lethbridge on Tuesday.