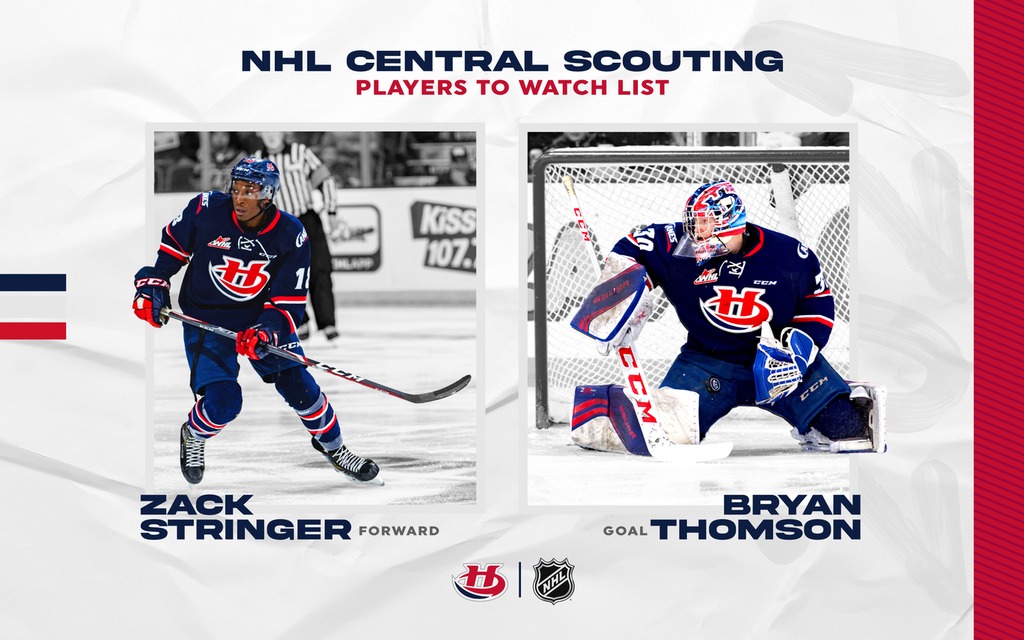 Lethbridge, AB – The Lethbridge Hurricanes Hockey Club is proud to announce that two players, Zack Stringer and Bryan Thomson, have been listed by NHL Central Scouting in the 2021 ‘Players to Watch’ List.

Both Stringer and Thomson were listed as ‘C Prospects’ which indicates they are a fourth-, fifth-, or sixth-round candidate for the 2021 NHL Entry Draft.

Thomson, 18, was originally drafted by the Hurricanes in the second round (37th overall) in the 2017 WHL Bantam Draft. The Moose Jaw, Saskatchewan product was eligible but not drafted in the 2020 NHL Entry Draft. Thomson appeared in 30 games during the 2019-20 season with the Hurricanes posting a record of 16-7-1-0 with a 2.83 goals against average, a .898 save percentage with one shutout.

Stringer, 17, was selected by the Hurricanes in the first round (8th overall) in the 2018 WHL Bantam Draft. The Lethbridge, Alberta product appeared in 48 regular season games totaling 34 points (11g-23a) along with a plus-13 rating and 22 penalty minutes in his rookie season in 2019-20 with the Hurricanes. He was named the Hurricanes Rookie of the Year as he led all first-year players on the team in points. He was named to the Canadian Under-18 Hlinka Gretzky development camp in 2020.

The Hurricanes have had at least one player drafted in the NHL Draft for four straight seasons after Alex Cotton was selected by the Detroit Red Wings in the 2020 NHL Entry Draft. A total of 36 WHL players were listed on the ‘Players to Watch’ List, including 20 forwards, 12 defenseman and four goaltenders.

The Hurricanes and the WHL are scheduled to open the 2020-2021 regular season on Friday, January 8th.