Where Are They Now? Alumni Update: Zane Jones 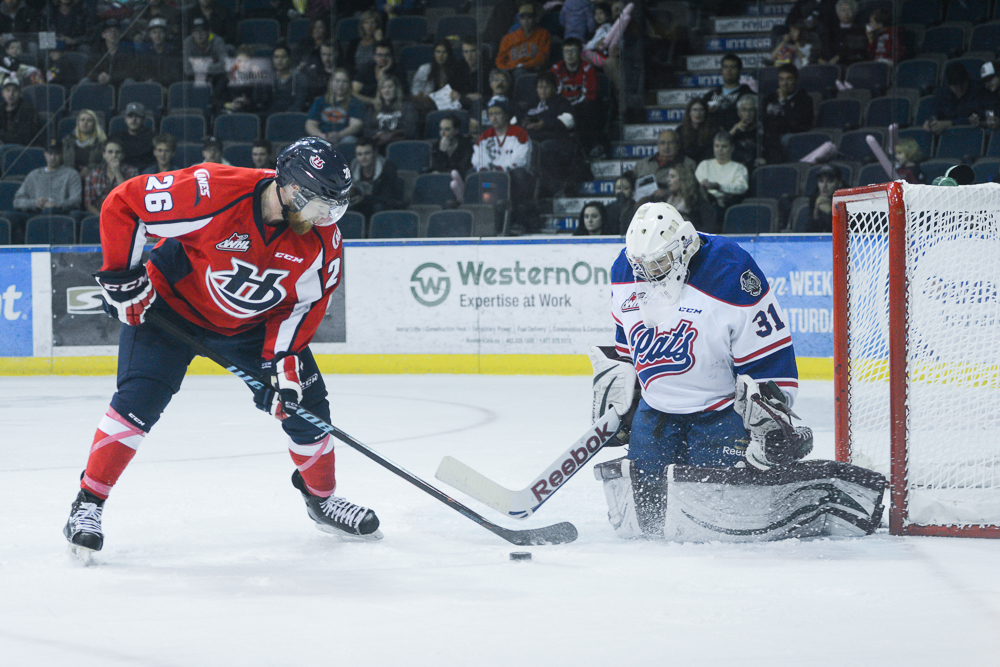 Zane Jones was a member of the Lethbridge Hurricanes during the 2014-2015 campaign. He was acquired by the ‘Canes for his overage season in a trade from the Everett Silvertips. In his 38 games as a member of the Hurricanes, the product of Olds, Alberta registered 30 points (18g-12a) before a WHL Trade Deadline move to the Vancouver Giants. In his WHL career, the nephew of the great Lanny McDonald, recorded 149 points (77g-72a) along with 237 penalty minutes in 260 regular season games with the Chilliwack Bruins/Victoria Royals, Calgary Hitmen, Everett Silvertips, Lethbridge Hurricanes, and Vancouver Giants.

Since graduating from the WHL, Jones has continued his hockey career. After playing one season with the University of Lethbridge Pronghorns in 2015-2016 where he recorded 16 points (7g-9a) in 28 games, he has gone on to play professional hockey overseas in both Australia and Sweden. In the 2016-2017 season, Jones traveled to Australia to play for the Newcastle Northstars in the AIHL. Over parts of two seasons with the Northstars, he recorded 48 points (28g-20a) along with 83 penalty minutes in 35 league games.

After his two campaigns in Australia, Jones signed a professional contract with the Sollentuna HC in Sweden’s Division 1 league. In 2017-2018 with Sollentuna, the rugged forward picked up 21 points (16g-5a) along with 73 penalty minutes in 28 games. Last season, Jones appeared in 33 regular season games with Visby/Roma of the D1 Sweden league where he has 17 points (11g-6a) and 83 penalty minutes.

Recently, Jones is wrappd up playing in a special tour series in Australia. 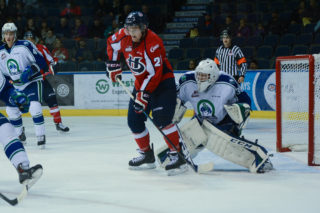 Q: You have played a couple of years of professional hockey overseas in Sweden, talk about what that experience has been like?
A: It was really good. It was phenomenal to be honest. I think it’s a definite change of pace from playing in the Western League over to Olympic-size ice. I definitely think that Olympic ice is harder but I think it’s grown my game and I’m definitely a better skater now.

Q: What’s the lifestyle change going from North American living to European living, while still playing hockey?
A: I think pro from country to country is kind of the same in the sense that you do your job the best you can; but I think in Europe it’s more-less you have to adapt a bit. It’s definitely pretty cool.

Q: You’re a duel citizen – both Canadian and Australian – you’ve played in Australia, tell us about that?
A:  Yeah, my dad was born in Australia. It’s pretty phenomenal. My Grandma always jokes with me because she always says that she moved four boys from Australia to Canada to play hockey and now I’m playing down there; so it’s pretty cool. I’ve had a really good reception from the fans in Australia and I don’t think that will stop and it’s one of the best places to play in the world.

Q: You played half a season in Lethbridge for the Hurricanes in your overage season, what did that impact have on you during your time in Lethbridge? 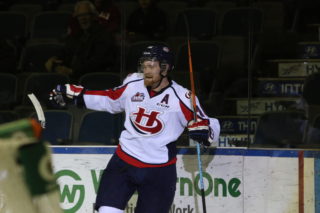 A: I definitely wish I had played there for a very long time. I think Lethbridge holds pretty close to my heart and I don’t think that will stop any time soon. I absolutely loved it there.

Q: What do you remember about your time playing in Lethbridge?
A: It’s kind of crazy. I think it’s just the friendships that you create. I remember playing with young guys like Andrew Nielsen, Stuart Skinner, Ryan Vandervlis and Jaeger White and they were all great kids. I roomed with ‘Skins’ on the road and getting to see him at Ryan’s golf tournament [in May] was awesome. We both showed up wearing the same pullover and we picked up where we left off the last time we saw each other. I also remember playing on a line with Sheener (Riley Sheen) and Watty (Jamal Watson); that was so much fun when we were tearing it up. 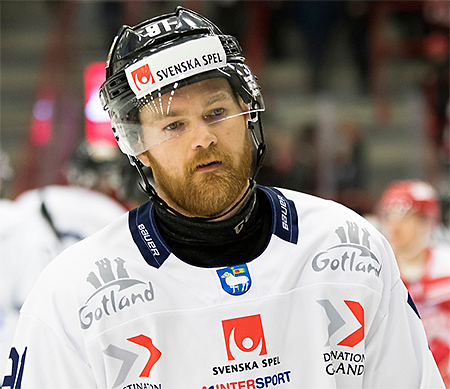 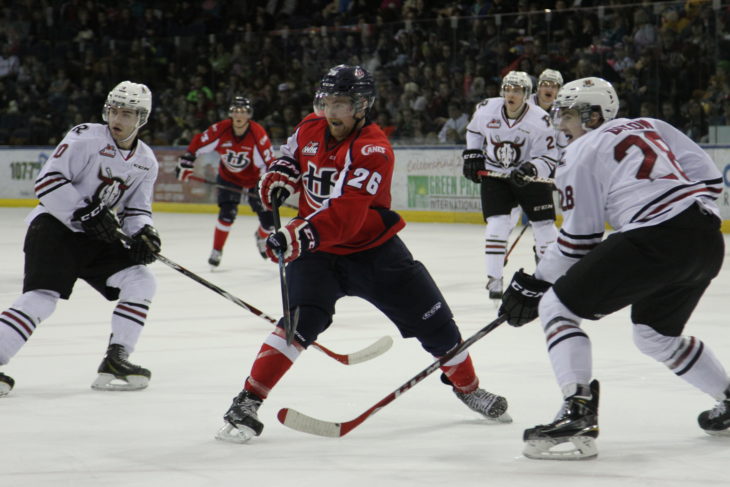 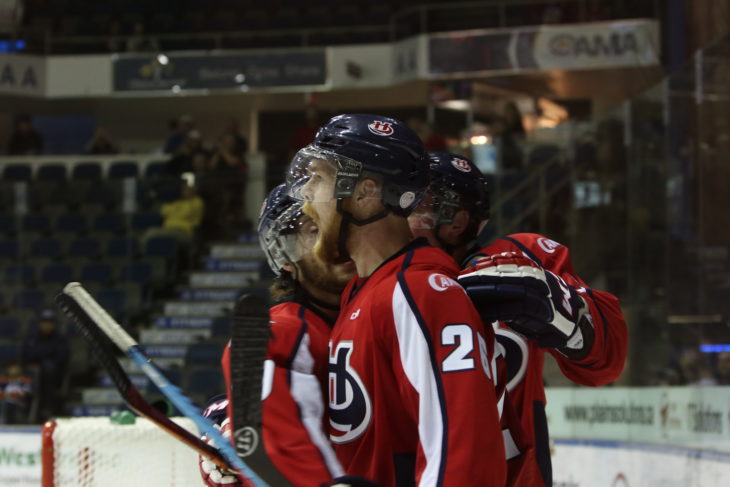