The Western Hockey League announced today the launch of the WHL Podcast. Alongside WHL This Week – Radio Edition, the WHL Podcast serves as the latest audio platform delivering voices and stories from the WHL to fans across Western Canada and the Pacific Northwest United States.

Hosted by Zach Hodder, the WHL Podcast will offer insight into the world of hockey through stories and perspectives shared by some of the biggest and best names from across WHL history. Currently available on Spotify, Soundcloud, and at WHL.ca, fans will enjoy new episodes of the WHL Podcast each Wednesday.

Available below, the first episode of the WHL Podcast celebrates the coming return of hockey, with the NHL set to embark on an unprecedented tournament as 24 teams will compete for the Stanley Cup beginning August 1 in Edmonton, Alta., and Toronto, Ont. 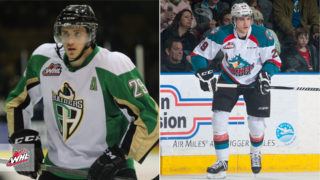 Draisaitl, 24, was recently named a finalist for the NHL’s Hart Trophy and Ted Lindsay Trophy. He goes into the NHL record book as the winner of the Art Ross Trophy for 2019-20, serving as the league’s leading scorer.

Selected third overall by the Oilers in the 2014 NHL Draft, the product of Koln, Germany began his hockey-playing days in North America as a member of the WHL’s Prince Albert Raiders (2012-13 to 2013-14). He went on to join the Kelowna Rockets for his final WHL campaign (2014-15), winning a WHL Championship and being named the MVP of both the WHL Playoffs and Memorial Cup.

Draisaitl and the Oilers are scheduled to face the Chicago Blackhawks in a best-of-five Stanley Cup Qualifier Series beginning August 1. 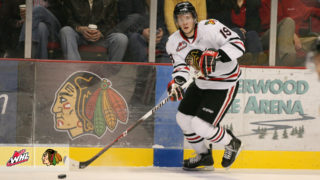 Johansen, 27, participated in the NHL All-Star Game in 2014-15 and has collected 442 points (144G-298A) in 660 NHL regular season games over the course of his nine-year career. An alternate captain for the Predators, the product of Vancouver was originally selected fourth overall by the Columbus Blue Jackets in the 2010 NHL Draft.

Prior to embarking on a successful NHL career, Johansen starred for the Portland Winterhawks (2009-10 to 2010-11) where he racked up an impressive 161 points (65G-96A) in only 134 career WHL regular season contests. In 2011, he led the WHL Playoffs in scoring with 28 points, was a member of the WHL Western Conference First All-Star Team, and earned a silver medal on the international stage as a member of Team Canada at the World Junior Championship.

Johansen and the Predators are slated to take on the Arizona Coyotes in a best-of-five Stanley Cup Qualifier Series beginning August 2. 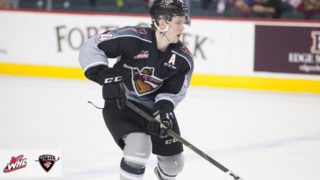 Byram, 19, spent the 2019-20 campaign as a full-time member of the WHL’s Vancouver Giants, where he produced offensively at a point-per-game rate for the second consecutive season. Byram enjoyed plenty of success in 2019-20, winning a gold medal as a member of Team Canada at the World Junior Championship, and being named to the WHL Western Conference Second All-Star Team.

A product of Cranbrook, B.C., Byram was selected fourth overall by the Avalanche in the 2019 NHL Draft. He was named to the Avs Return to Play roster, welcomed to training camp in mid-July, and now finds himself vying for an opportunity to join his NHL Club in pursuit of Hockey’s Holy Grail.