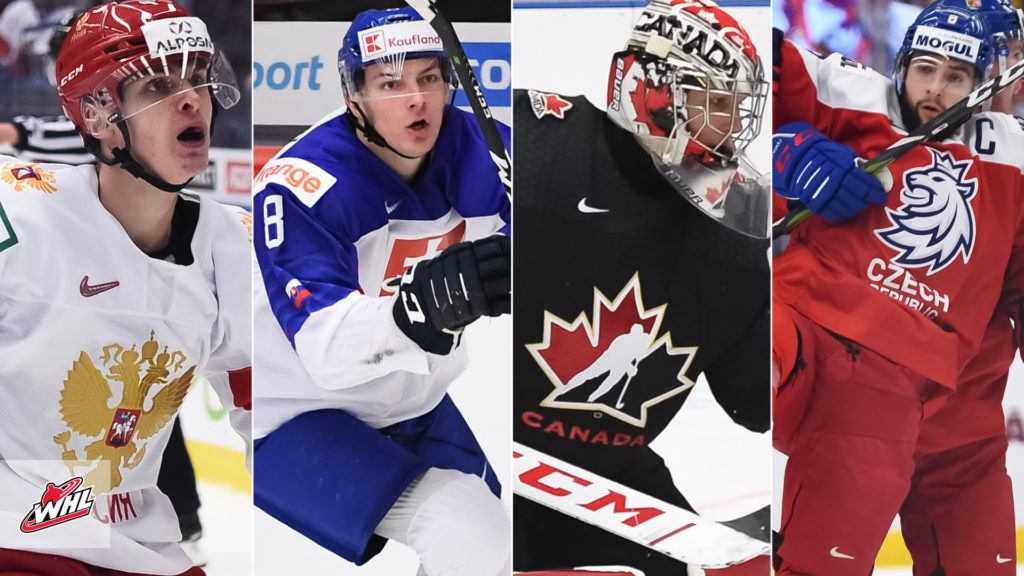 As quickly as it began, the round robin at the 2020 IIHF World Junior Championship has come to an end, with three wins now separating eight teams from attaining the gold medal at the tournament.

Taking one last look at the start of the tournament, Western Hockey League players have contributed to their team’s success at both ends of the ice.

As Canada claimed the top spot in Group B, WHL talent was there to provide the jumpstart as Lethbridge Hurricanes forward Dylan Cozens finished tied for Canada’s scoring lead with six points (1G-5A) through his team’s first four games. Kelowna Rockets captain Nolan Foote also performed well with four points (3G-1A) through the four games to be tied for third in Canadian scoring.

Between the pipes, Portland Winterhawks goaltender Joel Hofer has emerged as Canada’s top goaltender, posting a 1.90 goals-against average and a 0.917 save percentage through his round robin appearances.

Finishing second to the Canadians in the Group, the United States earned a 6-3 win against Germany in the lone appearance to date by Everett Silvertips goaltender Dustin Wolf. Facing 20 shots in the contest, Wolf stopped 17 of them to collect the regulation victory.

Also placing second in their group were Switzerland, who finished two points behind Sweden in Group A. Featuring Portland Winterhawks forward Simon Knak, the forward contributed a pair of goals through his team’s first four games.

Placing third in Group B, Russia was powered by their defence, which included Calgary Hitmen defenceman Egor Zamula. Ranking second among blue liners in scoring through the round robin, Zamula posted three points (2G-1A).

Both teams that finished fourth in their respective groups featured WHL talent. The host Czech Republic had five WHL players contribute to their performance. Moose Jaw Warriors defenceman and captain Libor Zabransky led his country with four goals while Winnipeg ICE forward Michal Teply led the team overall with five points, all of them counting as assists.

Finishing fifth in their division, Germany received a single goal from Winnipeg ICE forward Nino Kinder in the round robin.

All four quarter-finals will take place Thursday at the tournament.

In the top half of the bracket, Switzerland will face Russia and Canada will take on Slovakia. In the other half, the United States will meet Finland and the host Czech Republic will face Sweden.

In relegation action, Germany and Kazakhstan will face each other for the right to remain in the top group for another season.