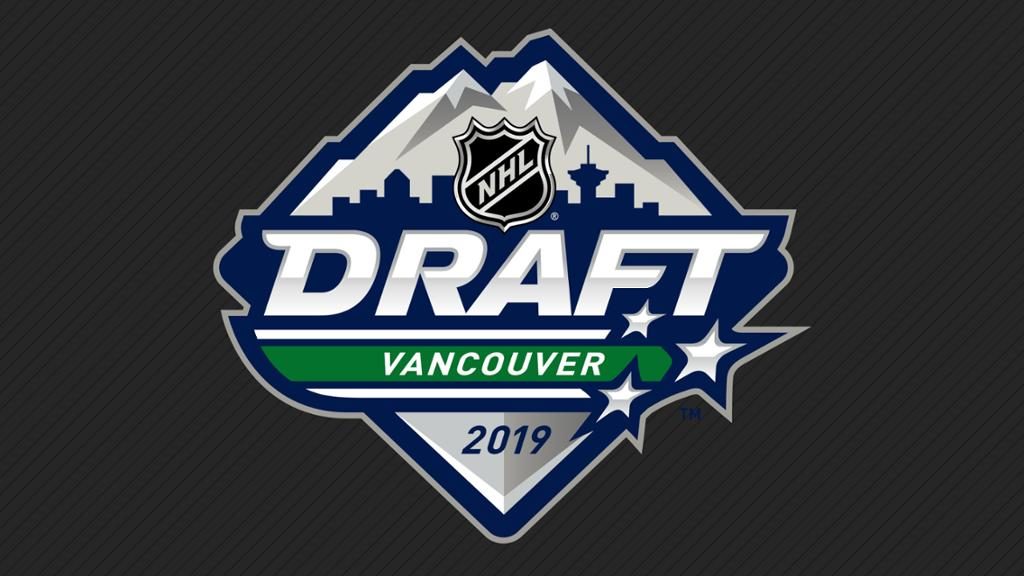 The Lethbridge Hurricanes will be well represented at the 2019 National Hockey League Entry Draft this weekend at Rogers Arena in Vancouver, British Columbia.

It’s been well documented how high forward Dylan Cozens is expected to go in this year’s draft with many pre-draft rankings having him as a consensus Top-10 NHL Draft pick, which would make him the highest drafted Hurricanes player in the organization’s 32-year history in Lethbridge.

But after Cozens, there are many other players who could hear their names called at this year’s draft. That list includes: Logan Barlage, Alex Cotton, Nolan Jones and Carl Tetachuk, who are all in their first year of eligibility to be selected by an NHL Club.

Barlage is the most likely of those four to be selected. The Humboldt, Saskatchewan product had a strong second season with the Hurricanes – his first full year in Lethbridge – where he totaled 39 points (15g-24a) along with 20 penalty minutes and a plus-3 rating appearing in all 68 regular season games. In 143 regular season games with the Hurricanes and Swift Current Broncos, Barlage has recorded 59 points (22g-37a) along with another 11 points (7g-4a) in 36 career post-season games.

The 6’4”, 193-pound centre-man is listed by NHL Central Scouting at 188th overall among North American skaters while Future Considerations has him ranked at 191st. If-and-when Barlage is selected by an NHL team, he will become the first Humboldt-born player picked in the NHL Draft since 2008 when the Tampa Bay Lightning selected goaltender Dustin Tokarski from the Spokane Chiefs.

The likelihood of seeing Nolan Jones, Alex Cotton and Carl Tetachuk drafted in the NHL Entry Draft might not be as high as Cozens and Barlage, but you can’t count them out.

All three had strong rookie campaigns in the Western Hockey League with the Hurricanes.

Jones was ranked by NHL Central Scouting earlier in the season before suffering a mid-season injury that kept him sidelined for close to 20 games. The Moose Jaw, Saskatchewan product appeared in 49 regular season games collecting 12 points (2g-10a) along with 47 penalty minutes while adding one assist in seven post-season games.

Cotton meanwhile continued to improve as the season wore on suiting up in 54 regular season games collecting 11 points (2g-9a) along with 40 penalty minutes and a plus-14 rating. The native of Langley, British Columbia took his game to the next level in the WHL post-season skating in all seven games for the Hurricanes while chipping in four points, including his first ever playoff goal in a Game 7 loss to the Calgary Hitmen.

Tetachuk was sensational in his first season with the ‘Canes. The Lethbridge product started the season as the Hurricanes back-up goaltender but was appointed the number one after the WHL Trade Deadline and he didn’t falter. The undrafted goaltender in the WHL Bantam Draft appeared in 37 regular season games posting an impressive 24-9-1-1 record with a 2.88 goals against average and a .909 save percentage. The 6’0”, 170-pound goaltender may be overlooked in the NHL Draft, but could be a late round steal if a team decides to select him – much like Jones and Cotton would be.

This year’s draft will be the third consecutive NHL Entry Draft that at least one Hurricanes’ player will be selected – Calen Addison (2018, PIT) and Stuart Skinner (2017, EDM) – while it will be the first year in the last six seasons that at least one Hurricane will be picked by NHL Clubs. In all, it will no doubt be a historic draft for the Hurricanes franchise history but only time will tell how many current ‘Canes are selected.

The 2019 NHL Entry Draft will hold the First Round on Friday at Rogers Arena while Round 2 to 7 will take place on Saturday. The first round will be aired on Rogers Sportsnet starting at 6:00pm Pacific Time.