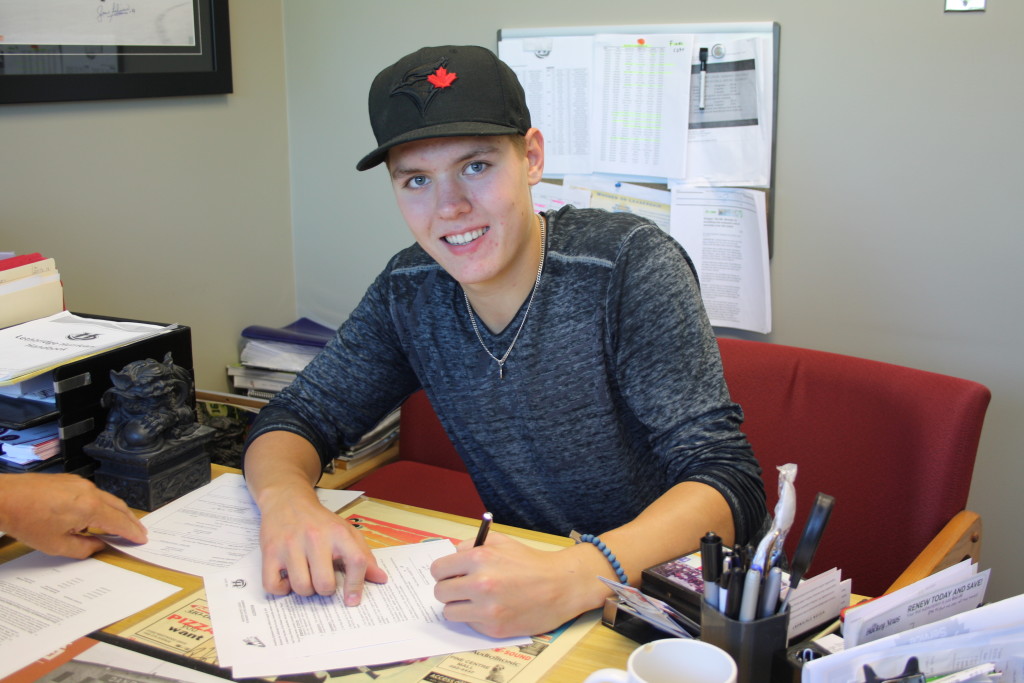 Rokosh, a 6’5, 205 pound defenceman was the Hurricanes 4th round (74th overall) pick in the 2013 WHL Bantam Draft. The 1998-born blueliner from Edmonton last played with the SSAC Bulldogs in the Alberta Minor Midget AAA Hockey League (AMMHL) where he chipped in 16 points in 36 games to go along with his 28 penalty minutes.

Hurricanes Head Scout, Blake Robson says “he plays hard in both ends. He’s good on the penalty kill, along the wall and he skates well for his size.” Rokosh and the Bulldogs played at the AMMHL Provincial Championships where they won the Bronze medal. “Rokosh made good plays in his zone, he engages physically, showed good hockey sense and is good in front of his net” commented Scout Darin Sceviour.

Following training camp, Rokosh was named to the Hurricanes pre-season roster and he’ll be with the hockey club as they kick off their six-game pre-season schedule this weekend at a tournament in Regina.