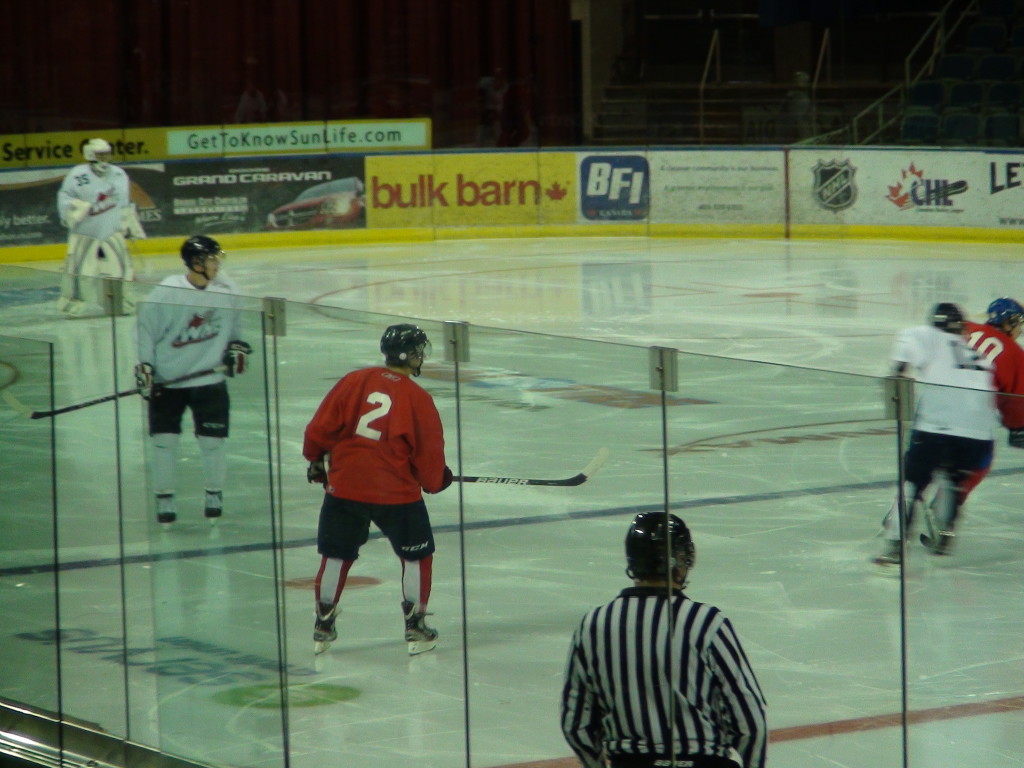 Lethbridge, AB – Sunday marked the sixth and final day of Lethbridge Hurricanes Training Camp with Team Red and Team White facing off in the 3rd place game. Team Red posted their first win in their final game of round robin play and was looking to make it two straight wins with a win over Team White.

The Championship Game takes place at 12 noon. Canes Alumni Cason Machacek and Mike Wuchterl will be ‘coaching.’ Last year, Wuchterl won the Alumni Cup so he is back to defend his title.